Why Spotify is Leading the Way in Personalisation

The Influencers 2.9k Add to collection

INFLUENCER: Bernard Valentine, Creative Strategist at DigitasLBi, on what brands can learn from Spotify's approach to personalisation 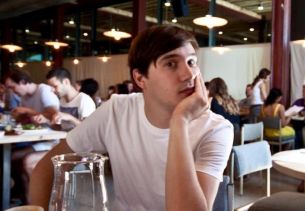 Sunday night and scrolling through Netflix menus, I have often muttered (yelled) "Why isn't there a button that shows only the good films?".

It's been ten years since Netflix announced the Netflix Prize, a $1m competition encouraging geeks to improve upon Netflix's existing recommendations algorithm, yet I'm still being recommended Codename: The Cleaner staring Cedric The Entertainer.

Personalisation is of course, old hat. We've all laughed at our odd Amazon recommendations, and by now we should be, according to Gartner's trusty Hype Cycle, firmly upwards on the utopian Slope of Enlightenment. But if you're using Netflix, BBC iPlayer, and especially Instagram's Explore section, it doesn't feel like we're close.

Have Spotify cracked it?

Last week Spotify announced the numbers behind their Discover Weekly service. Spotify have around 100m users and 40m of these use the Discover Weekly playlists, with over 20m streaming more than 10 tracks, and saving at least more than one song from the recommended playlist to their own playlists. It's also helping people uncover little-known artists, as Spotify explain, "there are over 8,000 artists for whom more than half of their listeners in the last month were from Discover Weekly alone". All this despite Spotify not pushing the feature. People seem to like their personalised playlists, what can we learn about it?

How can brands think differently about personalisation?

Spotify's UK data revealed that streaming of the Discover Playlists peaked between 8:00 and 9:00. A time when we may be too brain dead even to select our own songs. While personalisation may not be useful all of the time, there may be particular times, places and dates where it may become more useful for your audience. Should my banking app look different at the troublesome end of the month vs the hazy days at the beginning? Retailers may be wise to turn off any personalisation features in the build up to Christmas.

You don't always need to make it a new feature

The Discover Weekly functionality seems largely invisible. It just appears in your playlists. There's no special buttons to press, or ways to teach it the algorithm and this is part of its strength. I’m sure many fashion retailers are considering how to incorporate Thread’s personalised shopper experience into their product, but for retailers, this may be overkill. We don't need a clunky interface to train the system or another email in our inboxes.

If part of Discover Weekly's success was its integration into an existing interface, it will be very interesting to see how people react to recommendations inside Chatbots. Foursquare's MarsBot may be the first of many to take this approach.

Find a way to give algorithmically-created content extra value

We tend to be a bit dismissive of computer-generated content. Spotify have cleverly side-stepped this by updating the Discover playlists only weekly, and then deleting them. This gives them a sense of urgency and additional value in the eyes of the user. Conversely, Google take a very rational approach to their recommendations. In the Play Store, Google will recommend that I download PowerPoint because it’s popular with users of Microsoft OneNote. In this example, the curated list of ‘Productivity Apps’ seems like a more valuable starting point. How will you frame your personalised elements?

Spotify has a large library of music. But despite the name, the popularity of the Discover Weekly playlist isn't about discovering new artists, it's about simplifying choice. This simple shortcut means that people don't really need to think about what to put on, and this helps build a habit. Back to my Netflix recommendations. The row of ‘Recommended for you’ films, seems like it adds to the never-ending choice rather than simplifying things. This is something that Sainsbury’s will need to think carefully about when on-boarding Argos. They’ll have an enviable selection, but how do they highlight items in a way that doesn’t overload people?

Is your personalisation better served through a partner?

Not all of Spotify's personalised recommendations take place within their platform. Last year, they partnered with Nike's Running app to generate playlists based on your running pace. Could a brand like the National Trust deliver their walks and places of interests through someone like CityMapper or Google Maps?