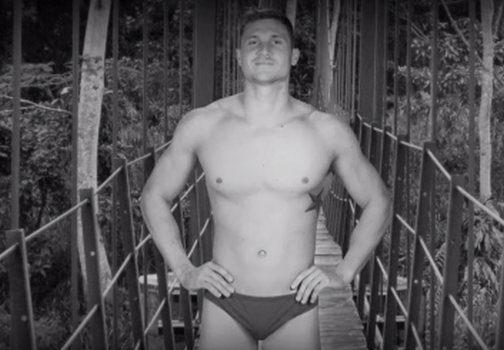 RID was invented in 1956 and grew to be an iconic brand for generations of Australians who remember the advertising slogan of ‘Remember the RID. You’ll be glad you did.’

But after years of dormancy and declining share now at 15% against the market leader Aeroguard, the new owners of RID are reinvigorating the brand.

The new MOJO campaign ‘The RID Amazon DT Challenge’ has just launched in social media and was inspired by RID’s inventor Doug Thorley, an Aussie bloke. Doug was often seen at dusk walking in swampy paddocks dressed in a white singlet and shorts and covered in his latest concoction of insect repellent – until he perfected it to repel all kinds of Aussie insects (and soothe with antiseptic ingredients when he did get bitten!)

Doug’s own product torture tests inspired MOJO to put the efficacy of RID to the ultimate test by finding one Aussie bloke willing to go to the Amazon in nothing but their DT’s and a bottle of RID. The winner will face up to over 2.5 million species of insects in the Amazon jungle and be faced with a number of challenges over five days. The winner will be accompanied by Justin Lyons (who was also Steve Irwin’s film-maker) as he takes on challenges such as trekking through the jungle with only half their body protected by RID.

To find this one daring Aussie, RID are asking people to nominate their Mate, Husband, Wife, Dad, Brother, Uncle, Cousin or Workmates on the Facebook APP.