Why Production Needs Punk Now More Than Ever 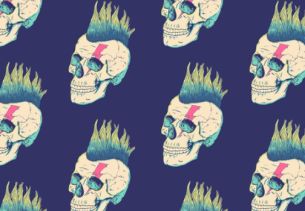 2016 marks the 40th anniversary of the birth of punk – but the spirit of the movement couldn’t be more relevant. After all, punk was born in a time of economic upheaval, social change and direct action against an increasingly right-wing political establishment. Sound familiar?

Punk also marked the birth of a DIY approach to creativity and an ethos that valued raw originality. According to the team behind Production Social’s upcoming event, they were the original ‘makers’ – and that’s why they’re bringing together a panel of exciting, anarchic minds to inspire the production community and get them thinking about how the spirit of punk is so central to the way they work.

After all, although the stereotypical producer is a super-organised hustler with a razor sharp eye, they also have to have a bull-headed, hands on, ass-kicking mindset in order to bring great ideas from conception to fruition. The act of ‘making’ requires great vision but also a determined pragmatism, figuring out what resources you have, what existing technology you can hack and who you can bring on board to help – which rings particularly true with this quote from Talking Heads frontman, David Byrne.

“Punk… was more a kind of do-it-yourself, anyone-can-do-it attitude. If you only played two notes on the guitar, you could figure out a way to make a song out of that, and that's what it was all about.”

What’s more, while planning and efficiency are no doubt crucial for a great producer, according to Dani Michelon (head of AMVXLab and co-founder of Production Social), it’s also about turning chaos into brilliance. The most exciting creative works are more than the sum of their parts and have undergone a journey that no one can have predicted. Collaboration, experimentation and a will to push boundaries may feel terrifying for some, as they bring in a whole load of unknowable variables – but great makers and producers know how to nurture and harness that.

The idea that chaos is the crucible for creativity is central to early punk, as the late Malcom McLaren (and so-called godfather of punk) once said: “I always feel more comfortable in chaotic surroundings. I don't know why that is. I think order is dull. There is something about this kind of desire for order, particularly in Anglo Saxon cultures, that drive out this ability for the streets to become a really exotic, amorphous, chaotic, organic place where ideas can, basically, develop.”

Of course, breaking rules and pushing boundaries and trying out new things always brings with it a risk of failure… something that can be difficult to embrace when working in straightened times. But McLaren turned that on its head, proclaiming “My intention was to fail in business, but to fail as brilliantly as possible. And only if I failed in a truly fabulous fashion would I ever have the chance of succeeding.”

But punk wasn’t all about wild recklessness… someone still needs to get shit done. There’s a quote from John Lydon, a.k.a. Johnny Rotten from the Sex Pistols, that many producers and makers will empathise with and reveals the tension underpinning punk creativity: “You can't all be fabulously out-there experimenters – you need someone who is a good structuralist to build these ideas into a solid foundation. You need a rock to build your church on.”

At any rate, the industry could do with an injection of punk rebellion. Increasingly we’re hearing complaints that clients are resisting the idea of the creative journey in favour of excessive PPMs and keeping the finished ads as close to the original pre-vis as possible. That’s why the next Production Social is all about the power of punk.

The panel brings together a diverse range of speakers. There’s Alan Cowderoy who was the director of indie punk label Stiff Records which was founded in 1976, animator and musician Mcbess, performance artist Agata Kay, and Toby Mott, a designer and editor whose collection of punk ephemera is the stuff of legend.

Production Social is an offshoot of Creative Social, established because as co-founder Dani Michelon (Head of AMVXLAB), observes, “there are so many events focused on creatives and creativity and so few for producers!” The event is for all kinds of producers, from those working in film, digital, design, product development – basically those brilliant people who make stuff happen.