Why McCann is Shutting Down a Game to Commemorate 'W Hour' 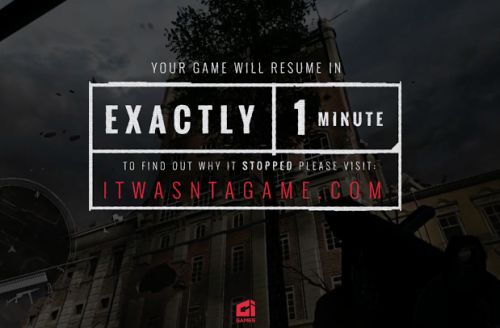 On Tuesday, August 1st 1944, at 5 pm, the Warsaw Rising broke out. It was to become the largest military resistance action in Nazi-occupied Europe. It was planned for just a few days, but instead lasted for over two months. For 70 years, people of Warsaw and other cities across Poland commemorate the heroes who died during the Rising in an impressive event known as “W Hour”. The city literally freezes for 60 seconds to the sounds of sirens, with residents, cars and public transport (and confused tourists!) stopping in the streets and observing a minute of silence.

This year, CI Games, the creator of Enemy Front - a video-game whose action is set during the Warsaw Rising - aims at commemorating “W Hour” together with the entire world and acknowledging that to the insurgents taking part in the Rising, it wasn’t a game.

On Friday, August 1st 2014, at 5 pm (“W” Hour), the game will be stop for one minute. Through a website and social media, players from all around the world will be able to honor the Warsaw Insurgents at the same time as the Poles, while learning about the history of the Rising. This global scale initiative was initiated by McCann Worldgroup Poland and its goal is to draw the worldwide attention to the largest military and civilian resistance action of Nazi-occupied Europe.

In order inform the players of the significance of ”W Hour”, they will be directed to www.itwasntagame.com, where they will learn key facts about The Rising  and will be able to watch a film documenting how contemporary Poles commemorate The Rising.

“The purpose of our event is simple: to promote international awareness of the Warsaw Rising. Whilst working on Enemy Front, we realized that this shared history and the day itself, whilst of enormous significance for the people of Poland, is barely known outside the boundaries of our country. This is why we took such great care to re-create a historically accurate depiction of the events that took place in wartime Warsaw, whilst retaining great respect for all involved in the conflict, within our game. Now, 70 years after the Rising , we hope that though this event, we can help the World understand the importance of that fateful day in Warsaw and why it is important to honor the memory of all those who fell in in combat, helping us to achieve freedom”, stated Marek Tymiński, CEO of CI Games.