Why MassiveMusic is Getting Cosmic At Spikes

Trends and Insight 766 1 Add to collection 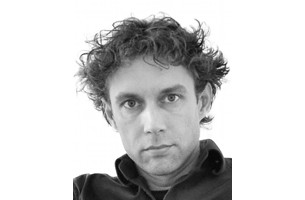 LBB> Which recent Asian projects have been most exciting for you/have you been proudest of and why?

DVM> We did the music for an amazing Audi A8L spot, working with the very talented director Paul Mignot, produced by production company PIG China for Lintas Beijing. The amount of detail and finesse the production team has put into the film is quite amazing, and it shows. The music combines many different elements, which is always a great creative opportunity: a big cinematic kaleidoscope of instruments and sounds. We love that stuff.

We also produced the music for a fabulous Nike ‘Play’ commercial for the Philippines, working with BBH Singapore and Stink. We have had long working relationships with both companies, and the quality of their work is just outstanding. The music we produced for Nike ‘Play’ is a totally new percussive version of Frank Sinatra’s ‘My Way’. It uniquely features the voice of Loonie, a brilliant Philippino rapper. It was such a pleasure to work with him, and he has brought so much energy to the music and the film.

Another one I would like to mention is the Chevy Cruze film we produced the music for. We worked with McCann SGM Works and production house MIC to create a very fragile, emotional song enhancing Chevrolet’s tagline: ‘Find new roads’. It is unusual and quite daring for a car brand in China to be this poetic and subtle in their music choice, and we are very happy with the result.

LBB> This is probably a horribly broad question, but do you think Asian advertising has a particular ‘sound’ compared to other regions? Are there any countries in particular in the region that you feel have a particularly interesting taste in advertising sound/music?

DVM> ‘Asia’ is of course a small name for a vast collection of very different countries. You see the same diversity in music. However, the mainstream hits of this world are popular everywhere, and they also influence the music paradigm around Asia. The influence of K-Pop (Korean Pop) is very strong as well in several Asian countries. A lot of sultry, sweet, boy-band, R&B type of material. India, obviously, has a very strong and unique musical tradition and ‘Bollywood’ signature, which you can also hear back in their advertising. Much of the music in Chinese advertising could simply be described as ‘loud’. Chinese Clients on average seem to like to crank the volume up to ’11’.

LBB> Massive has been in Shanghai for seven years now. How has the market evolved in that time from your perspective?

DVM> There is definitely more ‘maturity’ in the market now than there was when I first set foot here. Many production houses have settled here, or have started up. It has become a strong, competitive, international market. Post production is also booming now, whereas it was nowhere to be found in Shanghai when I first settled. The one constant that keeps defining the Chinese production market to a large degree is the budgets. Production budgets are lower than in the West, which remains very challenging for anyone wanting to do business here.

LBB> Which local artists/bands do you think we really ought to check out?

DVM> I have never been into local artists all that much to be honest. I wish it were different, but I do feel a cultural difference in my background that makes it hard for me to enjoy most of the music being produced in China. I should add that I also seem to generally lack the time to invest more in exploring music, which is a shame, but Shanghai keeps you busy.

LBB> You’re teaming up with Dentsu Aegis Network at Spikes Asia for a big event – can you give us a hint as to what to expect?

DVM> It will be a great party. Invitation only, at a beautiful location, with awesome DJs. The MassiveMusic parties in Cannes have been a fantastic success for years; we are teaming up with Dentsu Aegis Network to create the same in Singapore, around the Spikes Festival. We hope this will be the first in a long line of great parties.

LBB> Teaming up with Dentsu is an interesting collaboration for you guys – after all they really broke barriers and put sound ‘centre stage’ with Sound of Honda. I’m just wondering if/how you think that multi-award-winning project changed things for the way brands and agencies think about sound?

DVM> You would hope it does a lot, but it is hard to say. A lot of variables need to be in place and work well for something as beautiful as Sound of Honda to emerge. Mind you, Honda has a great track record when it comes to Music and Sound. I’m sure we all remember the Honda ‘Grrr’ campaign, and the Honda ‘Choir’ film. Amazing stuff. Not every client is as daring as that; clients do not always understand the massive impact music can have. We are out there everyday trying to convince clients of the communicative power of music. Our Sonic Branding division is growing rapidly as a result. Brands should consider the question more often: What do we SOUND like? We help them in answering that question.

LBB> Aside from your own event, what are you looking forward to most this week at Spikes?

DVM> I love seeing the work. As I mentioned, Asia is so vast that it is impossible to keep track of it all. With the best Asia Pacific work being featured and awarded at Spikes, it is just a great opportunity to get a glimpse of all the good stuff that is out there. It is inspiring.

LBB> Outside of the seminar rooms, what do you think will be the hot topics of conversation?

DVM> The party we are hosting with Dentsu Aegis Network. No question. And anything with the word ‘social’ in it.

LBB> Any tips for a Spikes first timer?

DVM> Walk around, talk to people, and enjoy.