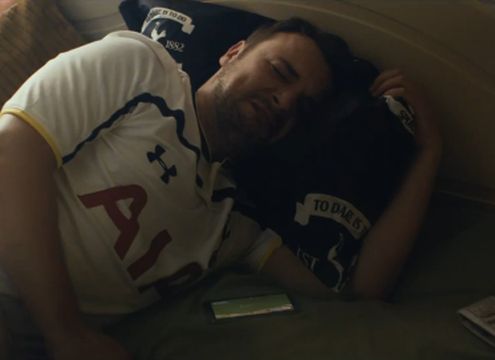 Grey London, part of WPP’s Team News, has unveiled a campaign to promote The Sun’s award-winning football coverage ahead of the big Premier League kick off on 16 August.

The campaign introduces a new line that will underpin The Sun’s football-based communications throughout the entire season: We Feel Football, celebrating the devotion and emotional turmoil fans will experience week in, week out, from the first chance in August ‘til the last near miss in May.

Centrepiece is a 60 second TV commercial narrated by Nazareth’s 1970s power ballad Love Hurts, which recognises for every winner there must be a loser; for every moment of ecstasy there must be an equal moment of despair, and exalts the pain experienced by long-suffering fans with a devotion to the beautiful game.

The spot – a snapshot of the heartbreak felt by those with a blind love for football and which finishes with the line ‘All season, we’ll be there’ – was directed by Martin Kalina through Pulse, and will also run in the form of two separate 30 second edits.

Dave Monk, deputy ECD at Grey London, says: “We wanted a director who really understood the tragedy and raw emotions of the football fan. Fresh from experiencing a heartbreaking defeat in the World Cup Final, Argentinian director Martin Kalina brought a load of talent and a bucketful of tears with him.”

David Robinson, Marketing Director at The Sun adds: “For a large number of Sun readers, the back page is their front page. We speak for the football lovers, with an insatiable, endless appetite for the game – despite having their hopes built up and then crushed, time and time again. And yet, they always come back for more. As always, The Sun provides a voice and an active support for the fans - in print, in digital and on video - and we, like the fans, feel football.”