Why Langland is Training These Doggy Detectives to Sniff Out STIs 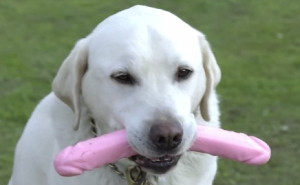 A new campaign for Randox Laboratories from healthcare ad agency Langland features the just-about-plausible STI Detection Unit – a group of a trained canines able to detect sexually transmitted infections in members of the public.

Created to promote Randox’s Confidante home STI test kit, the campaign centres on ‘Sniffers’, a deadpan YouTube mockumentary which shows the dogs in training, and then outing unsuspecting punters on a night out. The light-hearted strategy, which is designed to prompt 25-34 year olds to think about their sexual health and get tested, makes extensive use of social media, with new content appearing on YouTube, Facebook, Twitter, LinkedIn and Instagram over the coming months.