The Influencers 322 Add to collection 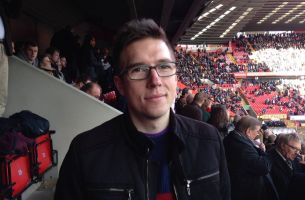 Instagram recently launched Stories: a new functionality letting users capture more moments of their day in a new space away from their profile.

For all the platform's rhetoric that the move is to help out users worried about over-posting, it’s clear to most that the update is, in part, a response to Snapchat's incredible rise in popularity, not least because filter fanatics can now draw and type over photos and videos which disappear after 24 hours.

Sounds familiar, doesn’t it? But for all the comparisons around what has to be credited as a near perfect rip-off, Instagram’s update may be slightly more strategic than one company simply copycatting another.

Remember how Facebook used to be a young user’s game before Mum arrived and started LOLing on your wall and Grandma started sending kitten videos your way? Over time as the platform grew and matured, so did its audience base. Long term and younger users of Snapchat may already have started noticing this same shift towards the mainstream, having gradually become more inundated with Panda-lensed videos of mad Aunty Pat.

It’s likely that Instagram and its owner Facebook will have anticipated this and thought, rather than letting its broader, older user base head off to Snapchat, why not offer them the same sorts of functionality so they’re more likely to stay put?

This is an interesting point from a brand’s perspective – they have already been investing and activating on Instagram, they understand it and have grown large and responsive audiences – why move to Snapchat and give yourself a whole new channel to manage? The integration of Instagram’s paid offering into Facebook’s ad platform makes it a simple process to use targeted media. The segmentation and analytics are clear - with a definable ROI; whereas Snapchat’s media offering, although developing quickly, is in its infancy. It’s also interesting to see if the slightly older demographic on Instagram respond to the more creative slant that Stories allow – rather than just using filters to give your posts a more professional lens.

It never ceases to amaze me how many individual profiles and streams across dozens of platforms one user is interested in maintaining 24/7, but there’s surely a limit and it’s unlikely Instagram’s more mature users will fancy toggling between multiple apps to capture their every moment of the day on Snapchat if they can already do it where they are. That said, Pokémon Go is a good examples of people caring more about adding layers onto their experiences rather than actually experiencing them in their truest, most natural form.

Not long after the launch of Stories, Instagram rolled out new pages for business, dedicated pages, not unlike on Facebook, where all a brand’s content is curated - with clearer calls to action.

Over the last couple of years Instagram has been pushing hard to develop its offering for brands, and that’s a trend that’s going to continue as it makes it harder for your content to be found using algorithms. It’s a pay-to-play channel - and how you play is getting better all the time. When it comes to projecting your brand stories, Instagram is one of the best platforms, enabling you to engage with audiences visually by showcasing what you stand for and more crudely, what your products look like.

As for future Instagram updates? I’m fairly confident we can expect some sort of Snapchat Discover equivalent to help the business grow its revenue. Then there’s the absence of lenses and augmented reality on the older photo app, which Facebook’s recently-acquired MSQRD may be able to help out with.

Tony Wright is a Strategist at DigitasLBi