Why Instagram Stories Are More Than Just an 'Homage to Snapchat' 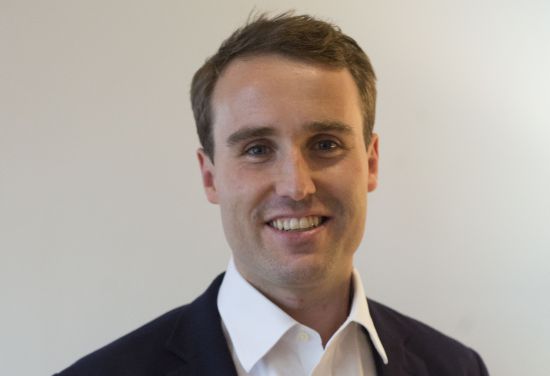 In the not too distant past (before a time of baking sun, waistcoats, Love Islands and exiting founders) the lions share of our conversations with brand managers and influencers would have been based around sponsored posts on Instagram’s main newsfeed.

Instagram Stories was the forgotten cousin. Hard to measure, hard to track (because they disappear in 24 hours so tracking them meant people manually checking influencers’ feeds every day to see when and what they had posted), and easy to overlook.

Influencers would throw in a couple of Stories as a value-ad to sweeten a deal.

But what we are seeing recently from our work with thousands of influencers across a broad-range of industries is that this thinking was a mistake, and for clever influencers and clients Instagram Stories are quickly becoming the primary source of engagement.

Since their introduction as, shall we say, a homage to Snapchat, Stories now has 400 million daily users growing at a rate of 8 million a month in 2017, according to figures released by Instagram. Meanwhile, a survey from RBC Capital shows that 31% of Instagram users post a Story every month, up from 21 percent a year ago. And 47% of users watch them at least weekly, up from 32% a year ago.

It is adding new tools and features at an ever-increasing rate. The best of these from an engagement perspective is the swipe-up function. The swipe-up allows influencers to drive viewers directly to a website or store, which is a huge improvement on the user journey and experience. Something previously only available in the bio section of an influencer’s profile.

The CTA (call to action) function allows brands to send traffic to a destination where a direct conversion can be made, meaning the path to conversion is far more streamlined.

On top of that, a recent piece in AdWeek claimed that short-form video drives nine times the amount of post-click website visits than static imagery in ads.

From a user perspective the short lifespan of a Story has also been hugely compelling. Stories are quicker to make, easier to view (due to skippable video), easier to edit and are less onerous to produce. This often means influencers will often post 2, 3, 4+ stories in exchange for 1 main-feed post

A set of Stories can also be much more demonstrative about a product or process than a static image because they bring the product to the consumer in a real-life application, think about applying a face mask. The more ‘real life’ a story, the more relatable it is to potential consumers.

Finally, like mainfeed posts, Stories are discoverable which means people who don’t follow you can see your posts.

They are a much more powerful medium for telling stories and they can really help build a following quickly.

Alex Light, one of the influencers we work with, told us: "Brands have become very aware of Instagram stories and they have fast become a vital part of campaigns - they bring great engagement and provide direct links to products which is far more difficult on feed."

However, what is consumer heaven has become client and agency hell. Because of the short lifespan of a Story they are an a pain to track and measure. For example, if you have a gifting campaign with 50 influencers running over a 4-week period – some poor person has to manually check those influencers’ feeds every day again, again and again. The work associated with manually tracking Stories leads to a lot of man-hours and a lot of missed posts.

This human error also leads to a large amount of mis-reporting, causing a distrust that you can’t actually drive effective ROI. This poor reporting has held back the boom that is coming, which is why many companies have been looking at ways to use technology to fix these problems.

Now, I’m not going to tell you that there is a tool called Storytracker that can alleviate all of these problems (you can find that out for yourself at) but, because there are ways to resolve all the above issues Instagram Stories is soon to become the dominant medium for driving engagement through influencers on Instagram.

While there were teething problems, people are quickly working these out and more and more clients, influencers and agencies are choosing to cut their teeth with Instagram Stories.

As BTIG analyst Rich Greenfield, who specialises in Facebook, said: “Instagram Stories has kind of become the world’s greatest cure for boredom”. And on social media, boredom has always lead to opportunity, and this is one that shouldn’t be missed.

Edward East is founder and CEO of Billion Dollar Boy