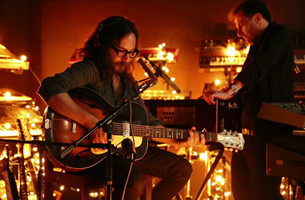 The end of the year always seems to be the time in the ad industry where people look back, with the goal of neatly wrapping up what may have been considered the ‘trends’ of the last 12 months.

Personally, I don’t really care about what the trends were. I’m happy to be rid of them. As a composer, though, I’m naturally aware of all this stuff. I see the spots. I get the musical direction from clients.

This is not a bad thing.

It’s understandable that in describing the music one wants, ad creatives and clients would refer to something they’ve heard. I think people want to innovate and break away from the trends, but if you’re not a musician, often all you can do is base your point of reference on something concrete – what else can you do with this abstract concept, but compare it to something that actually exists?

The thing is, it takes some courage to break away from the trends. When you know something ‘works’, it’s a bit of a risk to try something different. And it’s really a dive into the unknown for a client, since all they can ask for in the early stages is something ‘new’, ‘different’ or ‘unexpected’.

When the song demo arrives, things get harder: then they need to look at this ‘different’ music, and not view it through the glasses of the current (or past) trends that they already know.

The key is to be current. Being current does not mean sounding like what is ‘current’. By the time you hear the latest, it’s already old news. The next wave of hits are already moving down the production pipeline. It also doesn’t necessarily mean to be some parody of futuristic atonal sci-fi music beyond the realm of human comprehension.

To be ‘current’ is to be different from the trends of the past. So how do you get there?

For example, our NYC-based music company PULL recently finished a Nike campaign where we were able to really stretch musically with primitive string sounds and spare percussion – it was a soundtrack that was markedly different from your everyday electronica beat. This music would never have existed if it were put into the context of existing songs.

It also would never have existed were it not for the footage. I was able to just watch the movie, look around the studio, reach for different instruments and let the inspiration guide me. In the end, thanks to a relationship of trust and respect between composer and client, we finished a campaign that we’re all really proud of.

In 2015 I’ve seen more agencies eager to drive projects to their creative limits than ever before.

So how do you innovate and break your own habits? Have fun with it. Create physical boundaries that force you to do things differently – limitations can lead to innovations.

As a musician, for example, I may sidestep some of my own habits for a project by only using certain instruments or limiting myself to specific notes. If I were a left-handed painter, I may use only my right hand. As a writer, maybe I’ll disable the ‘s’, ‘r’, ‘q’ and ‘e’ keys so I’d be forced to reconsider my phrasing.

When you think about it, ‘defining trends’ is a subconscious way we force ourselves to push creativity a bit... Heaven forbid in 2016 you are still doing that thing that is ‘so totally 2015’.