Why IdeaWorks Wants You to Unleash Your Inner Smith 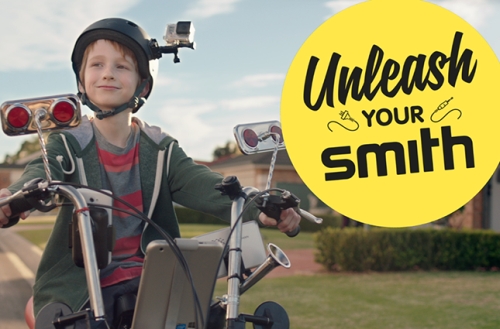 The maker culture inherent in Dick Smith’s history has been re-invigorated with a new campaign by IdeaWorks.

‘Unleash Your Smith’ nods its head to the second half of the brand’s name by celebrating the old traditions of ‘smiths’ with a modern technology twist, appropriately repositioning Dick Smith for the now and tomorrow.

This maker culture is as relevant today as it has always been. From yesteryear’s goldsmiths and blacksmiths to today’s Word-Smiths and Beat-Smiths, there is a smith in us all bursting to make something.

Along with an integrated campaign, IdeaWorks has also created a series of short films that celebrate the maker culture - the smiths out there in their suburban garages, basements, sheds and lounge rooms. The videos explore a series of real-life Makers, their passion projects and their stories that unfold.