Trends and Insight 226 Add to collection 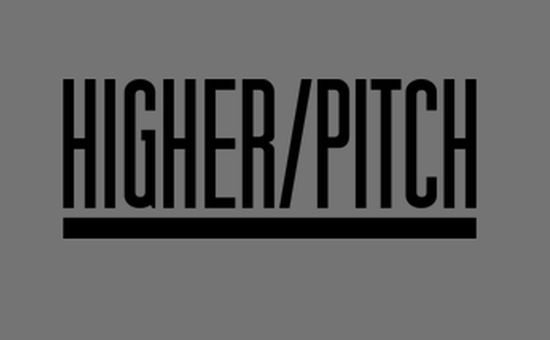 Creativity. It’s a word we fling around so casually and abuse so prolifically, isn’t it? We treat it as a synonym for advertising (I just checked Roget’s Thesaurus – it’s not). We tack it onto every possible kind of marketing activity. Creative data. Creative account management. There are times it seems so diluted that I wonder if we remember what the word even means anymore. Thank goodness, then, for the return of Higher Pitch.

It’s a safe space for anyone working in the creative industries – from reps to producers, strategists to directors – to share their secret side projects and personal artworks. It was originally founded in 2010 by Mel Fong Brown and Suzie Quill as a means of supporting and celebrating talented women in advertising, and the response among the community was so enthusiastic that they quickly opened it out to both men and women. Everyone has a little spark of art, after all, that can be easily extinguished in a so-called ‘creative’ job if you’re spending all day working with difficult clients, meagre budgets and unreasonable demands. The ‘Art Sells’ exhibitions that they staged from 2010-2012 were hugely popular and featured personal, uncommissioned artworks from some surprising industry figures.

This year Higher Pitch is back – and speaking personally, I couldn’t be more excited. (Hands up, I submitted a fairly cack handed line drawing in the first year – the standard of work featured has gone up considerably since then!) Nobody, whatever their job role, goes into advertising if they don’t love creativity. Even your agency accountant; there must have been something that attracted them to advertising instead of banking, after all, and it probably wasn’t the money. And Higher Pitch is a lovely reminder of why we were drawn together to this idiosyncratic industry in the first place. We want to surround ourselves with imaginative, brilliant, creative people and make amazing work.

Higher Pitch has been re-launched online, with the aim to profile some amazing side projects throughout the year, culminating in an exhibition. So far they’ve featured Dead Canary Comics (the brainchild of Iconoclast London Head of Sales, Chris Baker, BBH London creative team Matt Finch & Mark Lewis, Storyboard artist Charlie Hodgson, blogger Paul Force and the irrepressible MD of Biscuit Filmworks London, Orlando Wood), as well as O&M China CEO Graham Fink, an artist whose work and installations have had an impact far beyond the cloistered walls of adland, in the real world.

LBB> For anyone who doesn't know, what's the thinking behind Higher Pitch and what are you hoping to achieve with it?

MFB> Higher Pitch is a platform for people who make art outside of their day jobs in the creative industries. Most of us came into advertising because it is a creative industry but you soon discover that a lot of your talents aren’t exploited as much as you thought they would be. A lot of what we make is formulaic and it’s easy to fall into the trap of not making stuff that we should be super proud of. Some of us make art or involve ourselves in brilliantly creative projects in our spare time to fill that sad little lacklustre gap.

Higher Pitch wants to champion these moments of artistic madness that we have. We don’t get paid to do them, we have no time for them, but we do them anyway because it probably keeps us sane in our day jobs. We would all love to get paid to make the art that keeps us happy, so ultimately Higher Pitch exists to expose those incredible talents to the industry… maybe your art will be noticed and you get offered a new job with it in mind, or a client buys your work and it inspires them to invite your agency to pitch... or maybe having a platform like this simply encourages you to get that dusty canvas out and start painting again.

In an ideal world Higher Pitch would show clients how awesomely creative and artistic we are. They would take a step back and trust us to get on with the job because they could see the magic we produced without a brief and without meddling in what we innately know is right. (Ha! As if, but we have to try, no?) And on any small level I would love it if Higher Pitch helped increase the quality of our creative output as a whole… oh and make us happier people because we are encouraged to embrace our art and show it off, obvs!

LBB> Why did you decide to bring it back and why was now the right time?

MFB> I decided to bring it back last year but it’s taken some time to get the message right. When we first launched Higher Pitch it was a reaction to the recession, crappy budgets, fearful clients who didn’t want to make cool risky ads which led to boring creative output.

I was angry and sad that some of the directors I repped, who I thought were some of the most creative arty, people I had ever come across, were losing pitches... then you would see the ads on TV and pah! they were so lame.

I wanted to show the industry and clients what we were capable of. In 2015 that intention hasn’t changed but it does feel like advertising is getting its mojo back again and I don’t want to be angry any more. This time it’s a genuine interest in the art that people are making when they’re not working. It’s fascinating and inspiring. It needs to be seen!

LBB> This time around you’ve launched with a blog and you've featured Dead Canary Comics, a team of creative people from the industry who are developing their own graphic novels and storytelling. How did that conversation happen and why are they the perfect fit for Higher Pitch?

MFB> I featured Dead Canary Comics because they are the perfect example of a group of dudes who have pursued a creative goal, an art practice if you like, outside of their already pretty creative day jobs in advertising.

Not only are they having fun making comics, it’s keeping them sane in their professions and actually they can’t help themselves... they HAVE to do this! And the comics they publish are AWESOME. It’s their passion that drives the comic, not financial gain, although I think that’s slowly changing. It’s now a business; they sell a good deal of comics and they have a proper fan base plus they work with the most amazing artists out there. What a success story! It’s this kind of amazing art that I want to feature on Higher Pitch. The sort of stuff that inspires us to go make something.

LBB> How can people get involved in Higher Pitch?

MFB> Please send in your art to hello@higherpitch.com. We want to feature your exceptional pieces of work on the blog. Anyone featured on the blog won’t have to pay a submission fee to the exhibition later this year (howzat!). Please don’t be too disappointed if your work isn’t featured on the blog. We are looking for the really super, out-there inspirational stuff. There will always be a chance to submit to the actual exhibition where you will also have the chance to sell your work.

LBB> Do you have any events planned? Any dates we should know about?

MFB> The exhibition proper will be at the end of the year. Follow the blog http://higherpitch.com or the Facebook group  https://www.facebook.com/higherpitch for updates, news and of course new features of incredible artists!