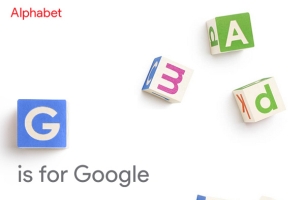 Google has announced a major overhaul of its corporate structure. The new structure creates a holding company which is called Alphabet. This will comprise a collection of companies, the largest of which will be Google. Within Google will sit key services such as Search, Maps, Chrome, YouTube and Android. Outside of Google will sit projects such as Fiber and Nest. The full announcement can be seen here on the new Alphabet website. In addition to the restructure there are several key management changes, the most notable being the elevation Sundar Pichai to Google CEO.

Google has long been considered part of the fabric of the internet. In many respects it has been the electricity of the web powering many consumer journeys, driving the largest share of advertising experiences globally, and certainly contributing significantly to the digital economy.  Google Corp itself was constructed like an electrical circuit running in series (rather than in parallel). The challenge with a ‘series’ organisational structure is that if there is a break in one part of the chain, the whole is affected. For example if Google Glass fails it affects Google’s core business (if only in terms of public perception). Similarly, if Google (Search) faces regulatory scrutiny it is likely to negatively impact the development of other areas of the business such as Nest, driverless cars etc.

The move to operate in parallel (through the creation of Alphabet) rather than in series will have a positive impact in several areas:

Innovation: Google can take its moonshots and fail without impacting the core business of advertising. Having this structure should therefore enable it to be more agile.

Regulation: Google has come under significant regulatory scrutiny particularly in Europe where it has already restructured to give a more singular approach to the authorities. The new structure will protect it further from regulatory issues by enabling it to fight one product/company at a time.

Organisation: With the new structure the Google subsidiary will be better able to focus on the reorganisation of its advertising and technology sales operations which require closer integration if the company is to take full advantage of its market-leading integrated advertising stack approach.

FaceOff: Facebook has deliberately kept the majority of its operations (FB, Instagram, Oculus) relatively separate from a B2B and consumer point of view, which has resulted in product innovation, advertising success and much less regulatory scrutiny. Although the Alphabet structure doesn’t exactly replicate that of Facebook, it is certainly an implicit acknowledgement of the successful Facebook corporate strategy.

Investor Relations: Google’s new structure is a clear signal of the arrival of a new finance director. The structural change and the subsequent increase in organisational clarity and transparency will no doubt be a very positive sign to investors.