Why Filmmakers Must Do More to Combat Stigmas Around Mental Health 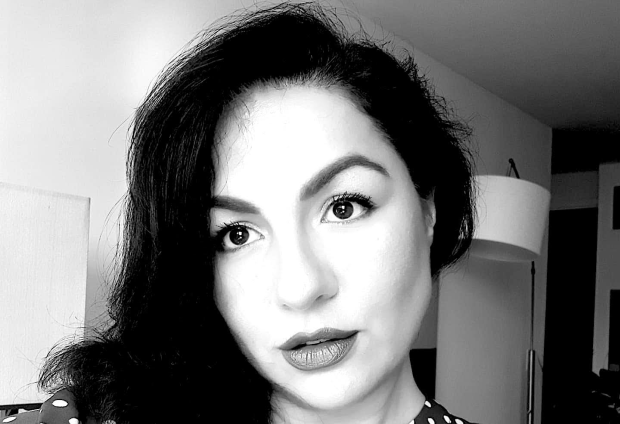 If my social feeds are anything to go by right now, the must-see movie of the moment is Rocketman, the biopic of Elton John.

Now, I’m no fan of Elton - but I’m curious about how the film depicts his darker moments before he became one of the biggest pop stars on the planet - namely, his battle with mental illness.

That’s because I’m a film psychoanalyst and I care about how mental illness is portrayed in film. Because while the film industry may be making progress in this area when it comes to authentically showing what it’s like for sufferers, it’s still not quite there yet.

I’m a judge of the mental health category of London's Thunderdance Film Festival - rewarding the films which are getting it right. It’s staging a pop-up version next month (18 June) in Cannes, France, because it is committed to globally shining a light on mental health in cinema, which I think is so important to normalise and increase our understanding of mental health issues.

Because many films are still getting it so badly wrong.

Of course, it’s a tricky topic to tackle in any medium. But historically, films have either sensationalised or sentimentalised mental illness - and some still do, despite our enlightened times.

In earlier decades of cinema, if mental illness was depicted, it was always in negative terms as something undesirable, or worse, equated mental health issues with being criminally insane.

From the likes of Hitchcock’s Psycho (1960) - which gave us the world the title’s derogatory term - to 1987’s Fatal Attraction, and the violent ‘beyond help’ mentally ill villains in slasher movies, so many films have fed the stigma and taboo in society surrounding mental health and mental disorders.

And if that is the dominant narrative in movies around mental health, then of course, that’s a problem.

Generally at least, movies have evolved now a little bit to reflect real life, where a lot of people who suffer with their mental health are completely normal - something more films should understand and reflect. And some now are more authentic when it comes to showing characters suffering with mental disorders.

Take Black Swan (2011), one of my favourite films. It takes something still taboo, like psychotic symptoms like hallucination, delusion, paranoia, which we all typically view in a negative light, but through the narrative, invites us to consider these aspects in a different, more positive way.

These symptoms are very distressing, but the film is almost saying that in some people, in order achieve perfection in their artistry, there’s a kind of altered state of consciousness where you have to be a little bit divorced from normal reality to go into that world.

It’s not saying that to create great art, you have to completely self destruct. She has the courage to confront really dark themes but there’s a duality that has to be embraced. For me, it told a positive story of what it meant to feel like that.

But then look at the equally critically acclaimed Silver Linings Playbook released the year after. While the depictions of mental problems suffered by the two main characters (played by Jennifer Lawrence and Bradley Cooper) are pretty good, everything’s solved when they get into a relationship. It’s sending all kinds of extremely concerning messages around how mental illness is coped with. It’s very lazy. It sacrifices reality for a typically romcom ending.

I understand wanting to wrap up the story with a nice bow - but there still needs to be more reality to reflect complexity when it comes to mental health and not make it so formulaic. Hollywood needs to think about the impact of that kind of pat ending.

Skipping back to 2002, there’s a brilliant film by Spike Jonze called Adaptation, written by Charlie Kaufman, who also wrote Being John Malkovich and Eternal Sunshine Of The Spotless Mind. In it, Nicolas Cage’s character suffers from anxiety, social phobia, panic attacks, and general anxiety disorder. It shows how sometimes anxiety can be a very banal thing.  A lot of the film, he’s just inside worrying and ruminating. And that’s a very honest, authentic depiction.

It just so happens that scriptwriter Kaufman was also a sufferer of anxiety, so he was very much writing from personal experience.

Which brings me to representation. I don’t think we should only have people who are suffering from mental health problems playing those characters or writing scripts.

With minority actors, like trans or non-binary actors, we should definitely be giving them the opportunity, as they have been overlooked for so long.

But with mental health, most people have had dark personal experiences they can channel. We all know what fear and nervousness feel like. We’ve all experienced highs and lows. Most humans can draw on their own life experiences.

However, I believe writers and directors need to consult experts to give advice and guidance when it comes to realistic portrayals of mental health issues, to properly develop characters authentically and not sensationally.

As much as we need sensitivity, acceptance and to raise awareness around what we see in films regarding mental health, I wouldn’t want filmmakers to only talk about mental health in hushed terms and just depict say, someone who’s depressed in a gentle way. As sometimes, someone suffering can find it very challenging and very difficult to deal with. You need realistic input to give you authentic insight. And sometimes, that won’t make sense or fit the brief of a nice, neat narrative arc.

In the meantime, whether in Rocketman or other forthcoming movies, let’s hope for an authentic portrayal of the mental health issues so many of us go through, whether we’re global popstars or not.

Mary Wild, MPhil (Master of Philosophy) in Psychoanalysis, host of the Projections film lectures at The Freud Museum, and judge of the mental health category at the Thunderdance Film Festival