Why FCB Zürich Turned Maggots & Tears Into The Alphabet 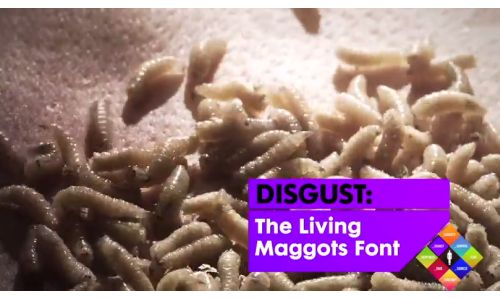 With immediate effect, young people no longer need smileys or abbreviations such as LOL and ROFL when they want to add emotions to their text messages. This has been made possible by the MTV Mobile Emography Project.

With a Facebook app – the centerpiece of the project – developed by FCB Zürich, users can add the precise emotion they want to express to every written word. It was previously necessary to write “Yes :)” or “Yes :(” in order to illustrate our feelings. Thanks to Emography, everyone is now able to express their current emotions clearly with just a simple word. 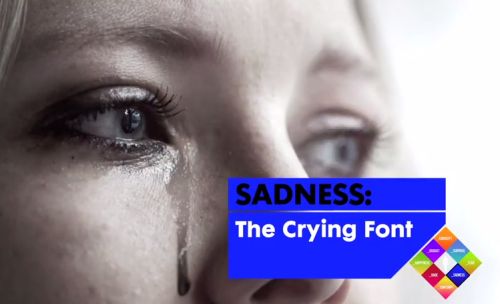 This is how it works: A special font has been created for each of the eight basic human emotions. For example, if the user is angry, they can write sentences with a colored middle-finger gesture. To show that they are happy, they can create sentences with kisses. If the user is sad, the words consist of tears. The user selects the recipient in the Facebook app, writes the sentence, picks the desired emotion, and sends the message to the recipient in the form of a video message.

With this idea, MTV mobile demonstrates not just technical know-how as the first Swiss provider of a dedicated text message service, but also gives the young target group an effective tool with which to communicate all emotions. And one that is also great fun to use.