Why Exit Films Has Been Roaring Like a Lion 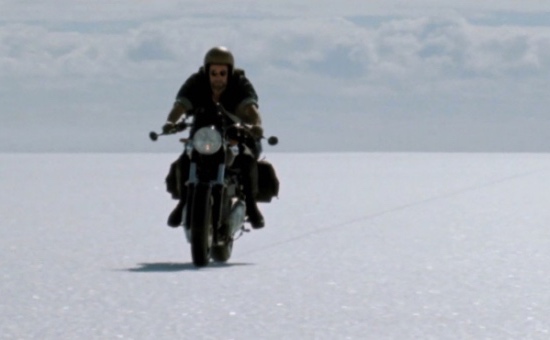 Named ‘Production Company of the Year’ at Australia’s Award Awards, Exit Films has had a notably stellar 12 months. From innovative projects with Google that push storytelling to powerful spots that tackle difficult issues like male suicide, the work has been strong and interesting. And, oh yeah, there’s the small issue of director Garth Davies enjoying global success for his emotional debut feature Lion. With six Academy Award nominations and a DGA award for ‘Direction of First-Time Feature Film, Lion’s triumph has given Garth’s long time collaborators at Exit lots to get excited about.

LBB> EXIT has clocked up an insane number of pencils at the Award Awards... what do you think has been the catalyst to such a successful year? Good scripts/uptick in creativity? Good timing? Got the roster in a sweet spot?

It’s combination of all of the above. We’ve had five projects collectively pick up pencils this year and each has its’ own story. Ultimately though, it’s about recognising creative opportunities and a company philosophy of cracking them open. Bringing that methodology and critique to all projects; we strive to push ideas, find new solutions and better ways of delivering them both creatively and in production. From idea in the door to a project going live, all five evolved immensely through an open and collaborative process.

LBB> Google 'Through the Dark' is a really innovative and surprisingly emotional project - from a production point of view, when EXIT gets involved in a project like this that goes way beyond a traditional film, what's the starting point?

Through the Dark was an incredible project to work on. Often the best projects start with just a premise and from there you can really run with your imagination. The brief was to make an interactive music video for Hilltop Hoods to run on Google’s android and online platforms. Initially lots of ideas of what could be achieved technically were thrown around but as we progressed and lived with the song, it became apparent that the interactivity had to be simple. It needed to have purpose and not ‘for the sake of’ in order for the story to remain at the fore. Ultimately the technology needed to enable the viewer to experience the emotional journey we wanted them too.

From there, the two worlds of light and dark came alive and along with Mike (the director), R/GA Exit and XYZ Studios the project developed.

LBB> What was it about the project that appealed to you?

The song itself has such an emotional story, so to create a film for it was an exciting opportunity. With the brief to take that into an interactive space, really gave us a chance to explore storytelling across another platform. It’s not too often you get the chance to work on a project with the creative freedom of a music video and the brief to explore it’s possibilities within an interactive space, for a client like Google Play.

LBB> Another important project this year is Ben Lawrence's Man Up campaign. Again it's a really personal and emotional project but deceptively simple. Why was that a project EXIT wanted to get involved in?

There were two parts to the campaign and in conjunction with The Movember Foundation and Melbourne University, we created a TV/Online charity commercial called ‘Balls To Cry’; which also supported the message of the ABC Commissioned TV series Ben co-directed.

What appealed to both Ben and EXIT initially was the cause, 100%. The figures on men’s mental health and suicide in Australia are staggering. Everyone involved was very committed, no matter their discipline - another great attraction. Documentary, real stories and working with actors and non-actors alike is where Ben truly excels. It’s instinctive to him. He gets such honest and compelling performances. To apply that talent and help a foundation such as Movember and a cause as important as men’s health and suicide is rewarding.

As we see it, EXIT are storytellers and that’s a skill set we believe crosses multiple platforms and we’re continually pushing to find those opportunities - The ‘Man Up’ Campaign was a great example of that.

The TV/online campaign had over 50 million views, 494K reactions and 770k shares. The ABC TV series was a socially impactful documentary, three episodes of one hour each, which had huge success and was incredibly well received. Ultimately, we were able to keep the issue front and centre and although the series has finished, the legacy of the show and it’s campaign continues.

We believe we’ll be seeing many more of these types of partnerships. Along with Heiress, ABC, Adam Ferrier, Thinkerbell, Movember, MMM, Gus Worland and Ben, EXIT’s very proud of the series.

LBB> What other EXIT projects from the past year have been real stand outs and why?
Kiku Ohe’s – ‘House of Travel’ and Anchor ‘Go Strong’ campaign’s have been real stand outs. Both were through ColensoBBDO Auckland and the agency really worked with and trusted Kiku. They were open to exploring possibilities and that allowed both projects the freedom to breathe. Also out of ColensoBBDO is Pedigree “A Hard Man’ directed by Adam Gunser, which picked up Silver at Cannes and a swathe of gold and silver for the agency across all media.

Another was Samsung ‘Rethink Role Models’ by Paola Morabito. Paola had a very clear vision for how to portray the image of role models and with a trusting and collaborative agency, the project really evolved. Paola worked with the players to find out who they truly were. The young girl was cast from over 600 aspiring netballers and with no acting experience, Paola helped her unfold and open up, which in turn allowed the film to come alive. 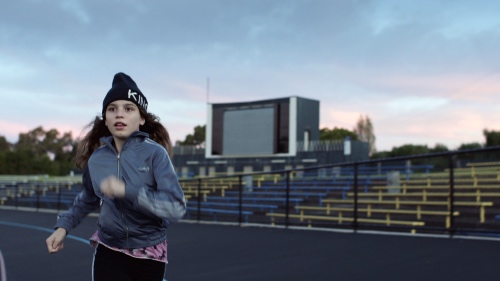 Inside EXIT we’re always exploring where we can take a project. Both internally and externally (with agency or client), we’re focused on an open and collaborative working environment. Along with all of the winning work this year, we believe it’s vital to a projects success.

LBB> Do you think it's been a good year creatively for Australia and New Zealand generally?

Yes - there was some stand out work made. ‘Meet Graham’ by Clemenger Melbourne was a real stand out piece, brilliant.

LBB> And what’s the climate been like for production companies?

It’s a changing landscape and with that comes new challenges but also new opportunities.

LBB> What involvement did EXIT have with Garth Davis' two big features (the Oscar-nominated Lion and the upcoming Mary Magdalene)? And what’s it been like to see the enormous success of Lion rippling around the world?

Garth’s long term Producer Karen Sproul was an Associate Producer on the film and Tom Campbell, now one of EXIT’s younger talents also worked very closely with Garth as his DA. It’s an important part of EXIT’s philosophy. Young, emerging talent have the opportunity to be immersed in projects with a calibre of Director such as Garth across all spectrums of storytelling.

The rest of us cheered from the sidelines too!

LBB> Aside from the award-winning work and Garth's amazing feature success, have there been any other big changes at EXIT this year?

Change and evolution is part of our industry, particularly at the moment. So this year is no different to any other. To remain relevant you need to adapt and push to find new opportunities. We continue to remain open to how and where storytelling opportunities for our Directors will come from. It’s exciting.

LBB> In terms of new talent in the EXIT family, who should we be keeping an eye out for?

We pride ourselves on curating & developing talent. What’s most exciting is when you find that person who just looks at the world differently. It’s their lens and theirs only. With that, you can really begin to progress and nurture.

Tom Campbell is an incredible talent. He’s been with EXIT since his days as a runner, before moving into becoming an assistant to Garth Davis, Mark Molloy and Glendyn Ivin. The past 12 months has seen Tom shift his focus into directing commercials in his own right. We’re really excited about him. His latest project, up against international competition was awarded and shot in the US. He just keeps getting better and better and is one to watch.
Billie Pleffer is in production on DEADLOCK a multiplatform series set to air on the ABC in Australia as a one hour special and on iView as 5 x 15 minutes episodes. The series stars Youtube sensations RACKA RACKA. Both written and directed by Billie, it promises to showcase the strong visual style and conceptual skills she brings to a project, exploring the rebellious, raw, heart breaking, surreal and darkly humorous world of teenagers in the Northern Rivers.

Shelly Lauman is another recent signing to EXIT. Shelly is a graduate of the American Film Institute Conservatory in Los Angeles, where she completed her MFA in Directing. With a passion for stories she was an obvious fit for EXIT and with a strong social bias her short films have been recognized with many awards. Shelly’s cinematic eye brings a depth of vision to her narrative and makes for compelling viewing.

LBB> And what are EXIT’s ambitions for the coming 12 months? How do you plan to build on the success?

As we mentioned before, it’s a changing landscape out there. So our focus is to constantly consider how we change with it, stay ahead of it, shape it... With the growth in digital technology, the industry is being spread across many different platforms. It feels a little bit ‘smash and grab’ at times. As if everyone needs everything to be relevant. We’re not suggesting these alternative forms aren’t compelling but through exploration and continued development (as with everything) they will become more refined to address specific Client’s needs. We want to stand for what we do best and that’s tell compelling stories across multiple platforms and mediums.