Why Everyone in Advertising is on the Move 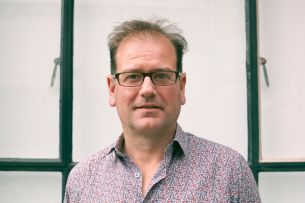 Across the London industry, from agencies to production companies, there’s a lot of movement right now. Office moves. The Ogilvy Group are about to move to Sea Containers on the South Bank; AMV BBDO has already moved to the former RBS office at 2/3 Bankside, just off Southwark Street; DLKW Lowe is moving to Old Street; R/GA recently announced that it is to move to Shoreditch.

As those who have been involved in the decision to move office will understand, the build up to the big day is full of important decisions that are intended to affect the trajectory of the company in a very positive way.  Having recently completed such a move, it is interesting to observe other companies going through the process. 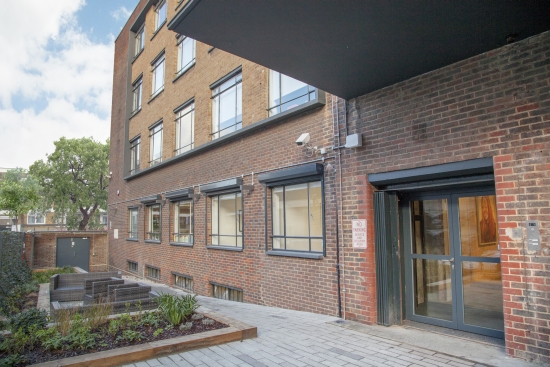 Companies generally only move offices because their lease has expired or they have a break point in their lease and they now have a different space requirement, usually driven by size, which has come about through growth or indeed streamlining.  Possibly there is a change in the way the company wishes to be structured – perhaps to improve communication and/or efficiency. This may mean a move from an office across many floors to a large one-floor office or vice versa.  Perhaps the company has a different outlook or wants to portray a different image and therefore part of their strategy is a smaller but higher spec office.  Or it could be two businesses coming together as part of a merger.  As you can see there is a myriad of reasons, but the overriding factor is that it will bring about seismic changes to any company.

In some cases, the landlord is looking to redevelop the building and so the tenant has limited options, as appears to be the case with TBWA’s site in Whitfield Street.  Saatchi & Saatchi’s move from Charlotte Street is for similar reasons as they move from one Derwent London owned building to another in Chancery Lane.

It used to be rare for companies to move to a new area, as a company often feels at home in a specific location, maybe because it is near clients and collaborators.  However, recently there have been all sorts of moves, predominantly driven by a quest for lower rent.  Rents incidentally have shot up over the last few years as a result of a supply-led-inflation rather than the more normal demand-led-inflation.  In other words landlords have been able to pretty much do as they see fit when it comes to rent reviews because there is such a property shortage.  As opposed to when business is booming, companies hire more employees and therefore they want bigger offices and are all fighting for the same available office space.

This has led to ‘village borders’ being blurred as companies become less precious over location in order to satisfy their requirement for lower rent. This has increased the popularity of areas such as City Fringes, Midtown (Holborn) and Old Street as more and more companies relocate there.

In turn, this has had a knock-on effect on what is considered Central London. Now for instance, Old Street is considered by many in property to be Central London. This is probably since it became a hub for tech start-ups and the advent of Silicon Roundabout. Ironically though, the latest tech start-ups cannot afford Old Street since it has been put on the map and the rents have gone up.

I have witnessed a similar trend but more enduring in Wardour Street in Soho. Over the last property cycle, the street has seen creative companies move out, accountancy firms move in and now those very same accountancy firms have had to move out, such is the rent increase. The talk now in the property world is not of Soho being dead, just dead expensive.

This won’t last, of course, as the commercial property cycle typically rotates on a seven to 10 year cycle, with the previous bad years cited as 2001 and then 2008.  On this basis, I am reliably informed by Tony Parrack of Edward Charles & Partners (one of London’s top 10 property firms, according to the Estates Gazette), “we are approaching the correction point and we should see rents settle in around 2017.”

There will also be a rating revaluation in 2017, which is something to watch out for.  Even with transitional phasing to soften the hit, this will mean a substantial increase to business rates and far less differential between East and West as East End rates become higher.

So what alternatives are there?  If you are a start-up you do of course have the luxury of choice.  You can choose an area that is near home or near where your staff are based.  Think of Shoreditch with your employees living in nearby Hackney.

Then there is the new wave of serviced offices that cater for ‘communities’, where if you are a small company and you don’t want the onus of a long lease you can hire a four desk office, phones and internet on a short term contract and move in next Monday.  You will have access to meeting rooms and other office facilities, but more importantly you have access to a community of small companies that you can plug-in to yours to expand your capabilities.  This is a very attractive proposition if you want business versatility but also financial flexibility. The take up on these work spaces is huge, each with differing strengths - some even come with a restaurant or café at their heart!

This community feel used to be what glued Soho together – lots of small businesses all working together a few doors or streets apart.  Unfortunately this is being broken down now by the high rents, which cause more and more companies to move out.  This is a great shame as this hub of creative companies is envied worldwide, but Soho’s loss has been Shoreditch’s gain as more and more businesses move East.  Certainly from where we are in Old Street we feel connected to the agencies and collaborators around us and in the Shoreditch and Spitalfields area, with Mother, Albion, soon to be R/GA, Somesuch, Biscuit, Time Based Arts and Wieden+Kennedy respectively.

So as one property cycle moves into another, the flow will alter again as each company takes a step in its own chosen direction.  Or hopefully it might even mean they stay put and establish their roots, forming new hubs that will endure for a new era.