Why Emile Sornin's Wait for Office Mundanity Was Totally Worth It

Awards and Events 395 Add to collection 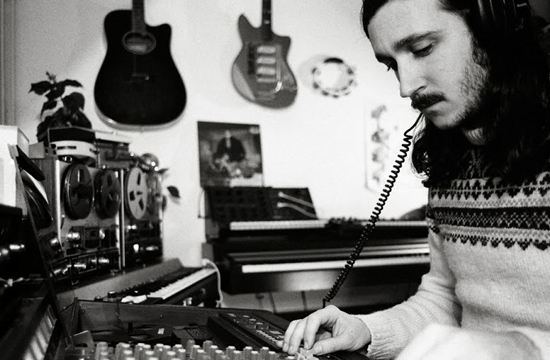 ‘Grab Her’ had been a long time coming for Emile Sornin; the director sat on his script for two years, waiting for the perfect track and the perfect artist. Along English electronic duo Disclosure, and alas it was worth the wait. The result is a hilarious office story centred on the douchebag boss that’s somewhat reminiscent of Ricky Gervais’s ‘The Office’ but with a slightly more sinister edge. It also earned him a place on this year’s Saatchi & Saatchi New Directors’ Showcase. LBB’s Addison Capper caught up with Emile to find out more.

LBB> What kind of brief were you given for 'Grab Her'? How did it lead to what we see in the video?

ES> In fact I didn't have any brief. I wrote this idea two years before and was waiting for the right song and right artist to match it with. When I listened to Grab Her, I knew it was perfect for it.

LBB> Can you tell us a bit about the narrative you're portraying in it?

ES> I just wanted to show the hell that happens in an office and reflect the staff's pain that have to endure their boss's mistakes.

LBB> What are the connotations of the anti-gravity element?

ES> There aren't really specific connotations around the effect. It's just about pushing up the level of depression of the office job. The boss is a jerk, so I was thinking it would be funnier to add another layer to it. Unfortunately the people are just there to endure and reverse his mistakes.

LBB> And how did you achieve that effect?

ES> Most of the time we used invisible strings, but also a little bit of post-production.

LBB> The performance of the main guy is fantastic - what kind of conversations were you having with him prior to and during the shoot?

ES> He is a real pro in improvisation - it was perfect because he could propose a lot of things himself. For example at the meeting towards the end with the Japanese guys I just told him to act as though he was a car seller. It was just fantastic.

I was looking for something really close to Ricky Gervais's style in The Office. He was a fan of the show, like me, so we were speaking the same language on set.

LBB> What were trickiest components and how did you overcome them?

ES> The trickiest component was keeping serious during the shoot. But we managed to overcome that!

LBB> How did it feel to see your film during the New Directors' Showcase this year?

ES> It's a real honour. Being included in the New Directors' Showcase has given me more confidence and the power to keep going with this fantastic job.

ES> Keep going the same way. Be myself and keep directing as many music videos as I can.