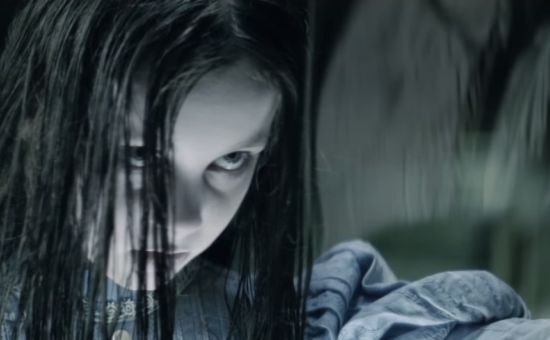 As Halloween approaches, we start to think of things that go bump in the night-time cold relief medicine ads. Let’s consider the often-scary elements in advertisements. Like a behemoth lumbering across a landscape, each step large enough to destroy a house.  Or blob-shaped monsters with green skin, beady eyes and huge toothy mouths that suddenly crowd a suburban home. Or a vampire bat that flies into a dark castle and magically transforms into a vampire with sharp teeth and glowing eyes.

But our giant is green and happily says “Ho Ho Ho”. (Wait, what holiday am I writing about again?) He extolls the wonders of canned vegetables and consumers eat it up. Besides, he’s very careful where he walks.

Our grotesque blobby monsters are actually partying down in your sinuses in a cartoon representation of mucus. Oddly, the monsters are dressed like the cast of “The Honeymooners”.

Of course, the only thing our vampire, Count Chocula, wants to sink his teeth into are those chocolaty marshmallows. That’s not scary-scary. I was going to use his constant companion, Franken-Berry, as the example, but a pink monster obsessed with strawberries doesn’t even qualify as not-scary-scary, rather kind of pathetic. Did you know their flavorful family also included Yummy Mummy, or my personal favorite, the werewolf-inspired, Fruit Brute? 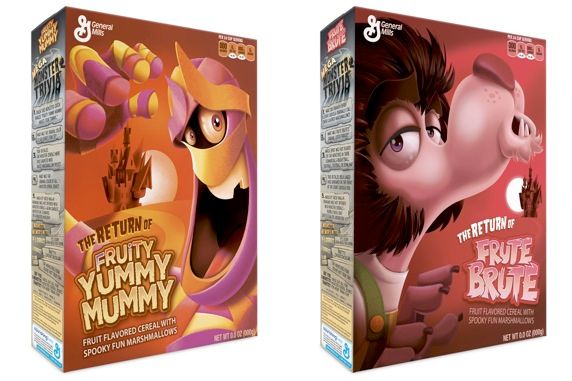 My point is – scary gets noticed. I’m not talking about really scary. Of course really scary does get attention, as anyone who has ever been in a traffic jam caused by rubbernecking can attest. But perceived scary is a proven seller. It certainly sells movie tickets. Witness the lucrative box office returns from a franchise about sawing one’s own foot off.  But most advertisers do not want to be associated with really scary.

Not-scary-scary sells lots of children’s cereal and corn even to this day. And creepy scary has even found its way into advertising – it has also proven to be ineffective. For example, a British phone retailer tried with a horror-themed campaign featuring a seriously disturbing ghost girl that led to hundreds of complaints. And easily as much press. Of course the retailer was previously known for using an image of a smiling Jesus Christ giving the thumbs up sign in a campaign.

And consider the frightening reimagining of the Burger King icon, actually referred to by the agency and client as the ‘Creepy King’. Like an artificially happy clown (another popular fast food icon), this king’s face is a cold mask revealing no emotion, much like the hockey-mask wearing Jason in the ‘Friday the 13th’ franchise. The Creepy King actually became a wildly popular Internet meme frequently portrayed as crazed with evil intent and featuring the catch phrase ‘Where is your God now?’ The company’s market share dropped so obviously it didn’t sell BK Veggies or Satisfries? 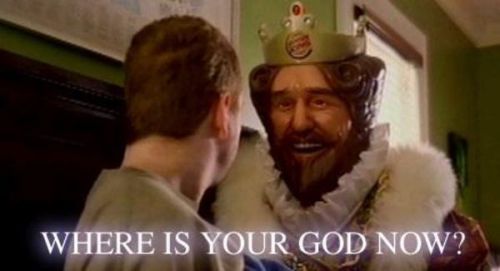 And could anything be scarier than US government-sponsored ads combatting cigarette smoking? Of course much has been written about how ineffective this specific scare tactic has been.

So what’s the next boundary-pushing campaign going to look like? I’m really scared to find out. 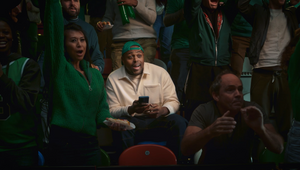 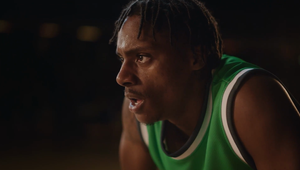