Why British Production Is Still World-Class

Despite the doom and gloom hanging over the UK, Dark Energy’s Matt Brown is feeling positive about the future of production 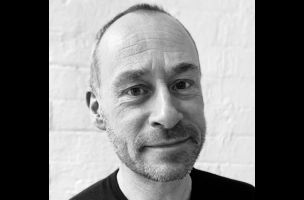 It’s no secret that we’re in a politically, and economically worrying time. But it’s important to remember and celebrate what the British production industry has to offer! With world class studios for film and TV, streaming platforms funding original British content and global brands still investing heavily in the UK market, there’s a lot to celebrate.

Spend on British film production in 2017 reached £1.9bn (2018 figures to be released next week), whilst 89 NFTS Alumni were credited on films nominated for the 2019 EE BAFTAs. Not to mention that UK ad spend is on track to top £20bn by this year. So it’s not all bad then... We’re still smashing it on the global stage.

There are often mutters of how much braver advertising was in the ‘glory days’ but what about Libresse ‘Viva La Vulva’? Not sure that’s particularly ‘un-brave’. And what about ‘This Girl Can’?

We have some of the best agencies in the world, servicing some of the most exciting brands in the world. We create content for every platform imaginable to be watched in every way imaginable and as we busily create, those clever tech peeps are developing even more ways to keep creating better and better content. It’s bloody marvellous!

It’s easy to focus on the hard stuff and it’s easy to be fearful of change, but just as we survived the emerging of new agency models, we’ve embraced the more fluid production model and are loving collaborating with others on content for ever demanding audiences that help us all strive to keep doing better.

So here’s to everyone working in the British production industry. Let’s make 2019 a cracker!