Brands making the first investments in eSports, in the right way, are set to reap the greatest rewards, writes Wasserman's Simon Tracey 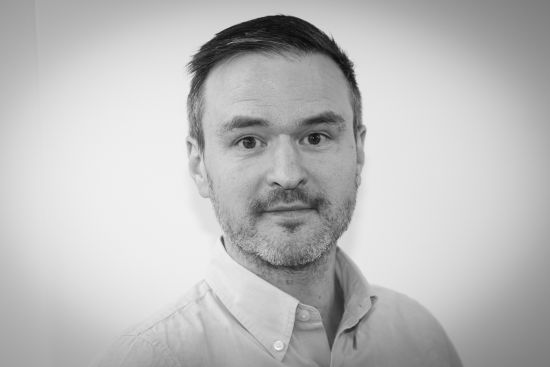 $100 million prize fund for an online gaming tournament? That’s the sum that Epic Games - owner of current hit game Fortnite - put up for grabs last week. It’s a mind-boggling amount for any contest, let alone one that’s as new to the sporting block as eSports. It’s also an indication of the rocketing popularity of eSports.

Predictions suggest that by 2025, eSports fans will overtake the number of traditional sports fans globally. This is hardly surprising when you consider that in 2017, the industry reported $906 million in revenue, a figure that is set to rise to $1.4 billion by 2022.

Given the fact that it’s also being mooted as a future Olympic sport, it’s surprising that more brands aren’t picking up on its potential.

There’s no question that some big brands are put off of eSports because they see it as the 'Wild West' of sponsorship - but the size of the prize is hefty enough to warrant some bravery: for starters, there’s a huge, untapped audience of Gen Z and millennials waiting for them. Game streaming platform Twitch alone boasts 15 million daily active users.

The importance and rapid growth of eSports

eSports is populated by a number of different games, leagues, and formats. This poses one of the biggest challenges, but also opportunities, for prospective brand partners.

For many interested in activating within the sector, the lack of a centralised rights-holder or strict regulation can make it feel risky. This can put off big, non-endemic brands from pursuing partnerships within this space, when really it should be viewed as an opportunity to take advantage of a trend on the cusp of something huge, before the floodgates open and the value is eroded.

The industry is evolving, with official tournaments and leagues growing with it. Take the launch of Blizzard’s Overwatch League at the beginning of 2018 - a confident step towards building a more comfortable space for brand sponsorship deals.

The league is the first example of a tournament that has been modelled in the form of a traditional sports league. Every competing team is attached to a specific region, with the aim of attracting local fan-bases. The teams have even secured financial backing from a wide range of sources, including New England Patriots owner Robert Kraft, and Chinese internet company Net Ease.

This approach is already proving successful, attracting non-endemic sponsors like Toyota, Sour Patch Kids, and T-Mobile. All signs seem to point to the fact that it pays to take a chance in the eSports arena.

Ambitious brands could even seek to emulate Overwatch’s success with another game that engages players and fans at a grassroots level.

Why eSports is a serious sponsorship option

We are seeing more traditional sports attempting to boost their reach by exploring opportunities in the digital arena.

In the UK, teams like Celtic, Manchester City and West Ham are investing in players and teams with football’s digital counterpart, the FIFA video game franchise. Across the pond, sports properties such as the NBA are investing in their own digital versions too. For them, it’s a chance to build fan bases, while creating new and exciting assets to sell to their corporate partners.

In order for the market to fulfil its potential, the various games and leagues within the eSports umbrella need more brand partnership opportunities. Some non-endemic brands - such as Coca-Cola, Bud Light and Gillette - have already struck deals within the eSports space, but more partners are needed to take the sector to the next level.

One reason why brands aren’t flocking to a clearly thriving and successful sport is there appears to be little in-depth knowledge of the industry amongst senior stakeholders and hardly any data on the effectiveness of eSports sponsorship, as the commercial side of the industry is so young. Key stakeholders are far more likely to favour tried-and-tested investments than venture into the largely unknown world of “video games”.

But this is beginning to change.

Brands are starting to see that their ROI is huge, particularly when targeting younger audiences. eSports is now the most watched sport by millennial men aged 18-25, (they spend on average a whopping 106 minutes per person per day on Twitch) and it commands a passionate fan-base that is willing to spend hours at venues as well as online.

Add in the fact that the sport has yet to fully mature, meaning the sponsorship costs are favourable when compared to sports with similar viewing figures, it’s clear to see why brands need to start exploring eSports.

How non-endemic brands can activate properly in the space

Those that do explore this new arena should tread carefully, especially when it comes to considerations of partnership and sponsorship. Just like traditional sports fans, eSports fans are extremely protective about their sport and aren’t afraid to vocalise their opinions. Add into the mix the fact that the majority are young millennial males who are savvy to marketing content, it’s clear that any wrong heavy-footed approach will be called out immediately.

The secret to success is the same as with most marketing today: bring genuine value to fans’ enjoyment of eSports, otherwise they risk negativity spreading quickly through their highly connected network. It’s particularly important to activate brands with authenticity in this sphere.

If you mess up your first impression with eSports fans, there is no second chance. Having said that, there are huge opportunities for brands and marketers willing to take the plunge and invest. There are hundreds of tournaments and leagues currently being played and shared around the world online through platforms like Twitch, and assets such as naming rights, player sponsorship, branded content, experiential activation, jersey branding and so forth are available for brands willing to invest in this space.

This developing landscape is the new frontier of sports advertising. Those brands making the first investments, in the right way, are set to reap the greatest rewards.

Simon Tracey is head of client services at Wasserman