Why Auckland's Popularity as a Film Location Just Keeps on Growing...

When it comes to recce scouting, the sky's the limit in 'the Land of the Long White Cloud' as Larissa Meikle finds out 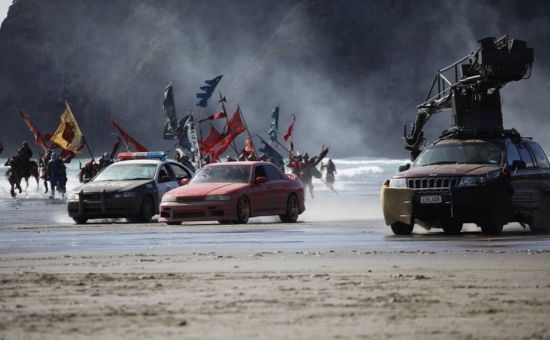 Auckland’s popularity as an international filmmaking destination means production crews are spoiled for choice when it comes to locations. In fact New Zealand has a long and proud history of filmmaking and its resurgence began in the 1970s with the past 20 to 15 years seeing and increase in demand, with Sir Peter Jackson’s Lord of the Rings Trilogy (2001 – 2003) playing its part in the country’s film desirability.

According to Screen Auckland, the city’s screen production industry is hugely important – it contributes about $650 million a year to the regional economy. The screen and digital industry is a focus of Auckland Tourism, Events and Economic Development (ATEED), as Auckland Council’s economic growth agency, which works to attract productions and grow the regional industry through its specialist Screen Auckland team. The Government’s improved tax incentives for international productions announced last year were important in boosting New Zealand’s global competitiveness, but that is just part of the picture.

“Auckland and the North Island’s fantasy genre locations are internationally unique, and another draw card for many producers is Auckland’s reputation for world-class crews that are adept at fast turnaround filming based on a history of shows such as Xena, Spartacus and Power Rangers,” Screen Auckland’s Michael Brook said. 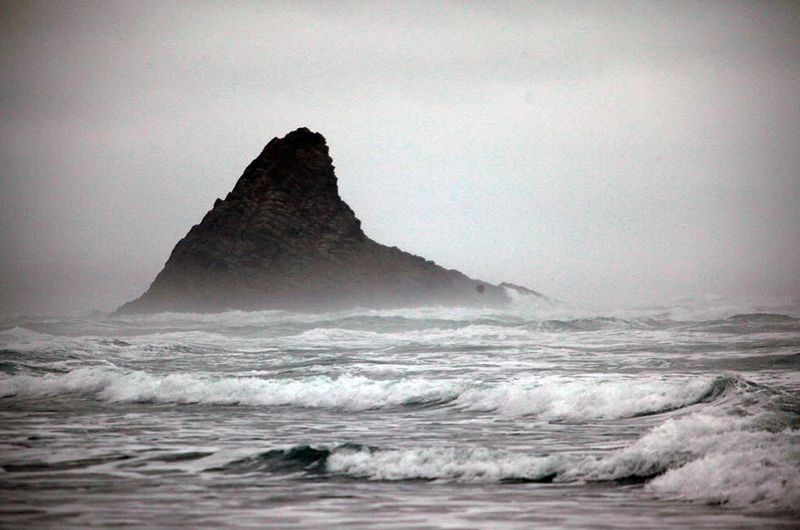 “They know they don’t need to bring in talent; it’s all here. The combination of great locations, post expertise, first class crews, a simple business environment, alternate seasons and being English speaking all make a difference.”

He says in the first nine months of our current financial year, Screen Auckland issued over 500 permits, with a fifty-fifty split between international and domestic clients. In terms of the most popular filming destinations for production crews, Auckland based Big Pictures Company owner, William Grieve, can point to a few, explaining that Auckland sits on a very narrow isthmus between two huge oceans.

“The west coast is wild, exposed and very dramatic with black sand beaches. This is where Jane Campion shot The Piano and Bethells (Te Henga) beach, in particular, is a very popular filming location. We shot the Samsung “Charge” commercial there with Romain Gavras and SomeSuch & Co (UK),” Grieve said, adding: “The remarkable thing is that these beaches are mostly near deserted but are only 35 minutes from downtown Auckland.”

The Pacific, east coast, he says, is quite different with golden sands and sheltered waters. The many islands feature lots of high-end waterfront homes, which are also popular film locations. 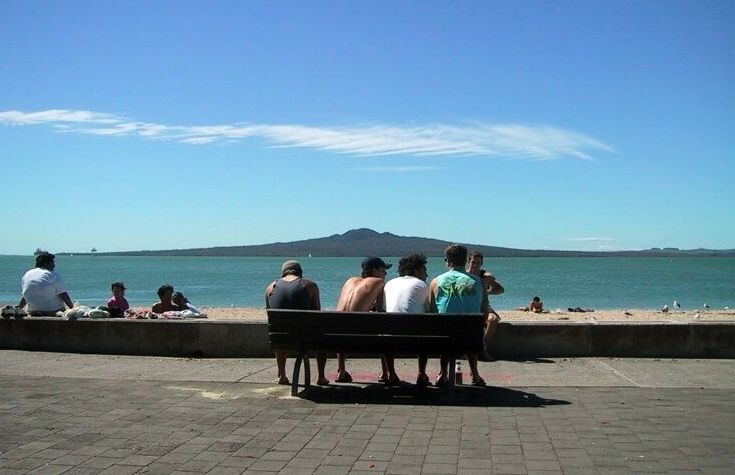 Grieve says that more than 50 volcanic cones give Auckland city a distinctive character. The architecture is generally fairly modern so the streets can pass for pretty much any American or Asian city, but there are pockets of older European style buildings as well. The Council is generally supportive of filming activity and is has been possible to close or control traffic on most city streets for car commercial shoots, with reasonable notice. 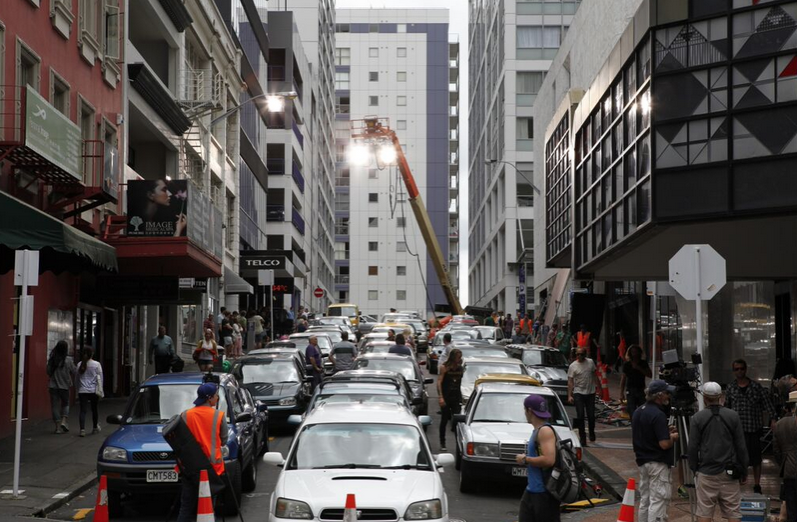 “Auckland is also close to some of the best farm land in New Zealand, in the Waikato region. We have shot a lot of commercials for milk and dairy products on farms within an hour of the CBD,” he said. 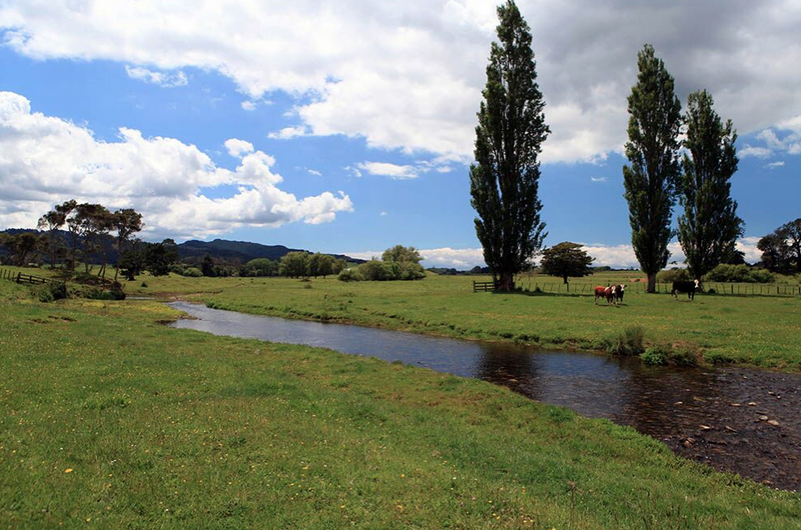 When it comes to international clients, Grieve says different production service companies tend to have clients come in from different parts of the world.

“I draw a lot of work from Hong Kong and Shanghai but also from London and elsewhere in Europe and the US. It is a long haul from Europe, but we have the advantage of opposite seasons and personally I have found the 12-hour time difference a bonus rather than a problem – we work while they sleep. When the client gets up in the morning we have the answers and have done the costings.”

He says that obviously a lot of work comes to Auckland from Los Angeles as it’s a comfortable overnight flight plus the city has the advantage of speaking the same language with a similar demographic for casting.

Auckland it seems has a pretty good edge over Australia and clients in China and Hong Kong seem to find the New Zealand capital city competitive with prices in their own countries.

“I am told that costs in China have been creeping up and they appreciate our total transparency,” Grieve added.

Some of the spots Big Picture Company worked on in Auckland include Stink directing duo, NeO, shot a campaign for Lipton Iced Tea with Big Pictures at the start of the southern summer.

The commercials were made with adam&eveDDB London and featured an epic cross town journey by two ‘zorbers’ keen to escape soaring temperatures and traffic gridlock to get to the beach and a refreshing bevy. The series were shot over six days in Auckland and on nearby beaches.

Chris Sargent also shot his inspiring commercial for ASICS on locations in the South Island and Auckland in September 2014 for SomeSuch and Co., London, and agency 180 Amsterdam. Locations included Lake Hope (a frozen lake in the Remarkables Mountains near Queenstown), Auckland City’s downtown area, and, the black sand dunes on Auckland’s rugged west coast.