Why Are These Tomb Raider Fans Dangling from a Billboard? 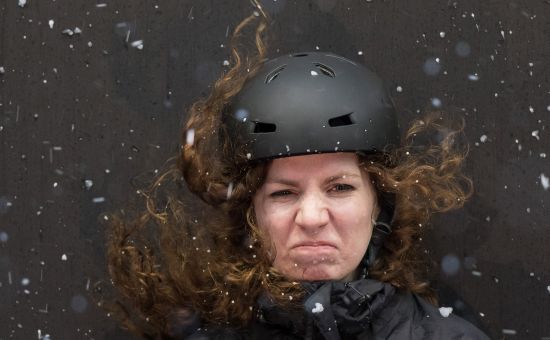 To mark the UK launch of “Rise of the Tomb Raider” – one of the most anticipated blockbuster games of 2015 – Xbox is challenging eight Lara Croft fans to survive 24 hours on a billboard, whilst being subjected to the harshest weather conditions, as voted for by the public.

From 1pm GMT today, viewers can watch the contestants fight against the elements, inspired by the critically-acclaimed latest installment of the Tomb Raider franchise, “Rise of the Tomb Raider,” which is set in Siberia. They’ll also be able to vote on the weather conditions which the competitors are subjected to – including arctic cold, intense wind, wild snowstorms and sudden heat. Survival Billboard will be streamed on survivalbillboard.com.

Out of thousands of applicants, eight brave people earned themselves a spot on the billboard – they include survivalists and fans from across the UK, alongside ultimate Tomb Raider fan, Jade Jolie. The last person standing wins a trip inspired by Tomb Raider. 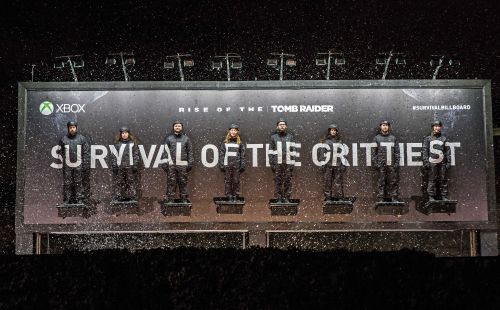 Featuring epic, high-octane action moments set in the most beautiful hostile environments on earth, “Rise of the Tomb Raider” delivers a cinematic survival action adventure where you will join Lara Croft on her first tomb raiding expedition as she seeks to discover the secret of immortality.

The ‘Tomb Raider’ franchise has sold over 45 million copies worldwide and inspired one of the most successful video game film adaptations in history, grossing over $300 million at the global box office, with protagonist Lara Croft becoming a contemporary global icon.