Why Are Brands So Keen to Pre-game The Super Bowl? 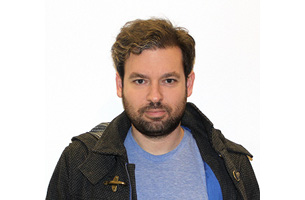 During the nine years I’ve been living in the States, I’ve forced myself to watch exactly eight (soon to be nine) football games in the name of my industry. Every year, I relearn the rules, research the latest NFL scandals, and try to memorize at least three of the major players’ names. All that effort just so I can appear somewhat knowledgeable about all that clutter that interrupts what I really care about: the ads.

But in recent years, Super Bowl advertising has morphed from one event-packed day to a long season that starts earlier and earlier each year. This year, Toyota-owned Lexus made a few headlines as the first brand to debut a Super Bowl ad, on Jan. 13, three weeks before the game. Unfortunately for them, their big debut is seven months too late, trailing behind Dove Men+Care, which will reuse its Father’s Day spot on Sunday. Though caring men everywhere will be happy to know that the ad, while recycled, will sport a brand new hashtag.

As of now, more than 15 brands have released their full ads prior to the big game. Most ads were simply let loose in the YouTube fighting ring. Some tried to be a bit more creative, using voting contests, promises to pre-release the spot if enough people watched the teaser, or posting the ad, then claiming that it was an ‘accident’ (ya-huh).

Of the pre-released ads, the one that probably got the most views was ‘Coin’ by Bud Light. Though it may have traded those views for prestige as a big game spot. While most brands soft-launched their ads on television’s more talented little sister, the Internet, Bud Light launched ‘Coin’ during The Tonight Show Starring Jimmy Fallon. If you’re unfamiliar with it, The Tonight Show is a broadcast television show that’s broadcast on actual television sets, the very same medium that also brings you the Super Bowl. It’s one thing to debut a Super Bowl ad online, but when ‘Coin’ played on live TV, it lost its status as a Super Bowl ad, and turned into a Tonight Show ad.

More than 10 other brands attempted piquing interest while maintaining a modicum of mystique through online teasers. A successful teaser should entice the viewer without giving away the majority of the content. Skittles’ teaser is one great example. The 15-second video reveals small-town mutant residents about to join a fight; it ends with the title, “It will be settled”. It’s short, intriguing, and best of all, I have no idea what to expect from the full-length spot.

Mars’ other Super Bowl contender, Snickers, is a less great example of a proper teaser. Though Danny Trejo is hilarious in his portrayal of Marcia Brady, we can probably assume that Marcia ‘Machete’ Brady just needs her fix of Snickers because she’s not herself when she’s hungry. So even if you haven’t seen the full ad yet, you can probably assume how it’ll all turn out.

Nissan and Nationwide gave us less-conventional teasers, releasing an abundant amount of content to promote their full-length ads. Nissan collaborated with seven YouTube personalities for its #withdad campaign, each creating a unique video, roughly two to five minutes long. Nationwide released behind-the-scenes footage, outtakes and clips from their main spot starring Mindy Kaling, including a 30-second cutdown (of a 45-second ad). The content from both brands is clever, interesting and funny. But after watching more than 20 minutes of it, I’m not expecting to be surprised by the ads’ ‘full’ versions or even excited to see them.

You could say that whether it’s 15 seconds or 10 minutes, if you spent any time with the brand, the Super Bowl ad did its job, even if you’re not planning on watching it Sunday.

But when brands choose to launch their ads, in full or in part, prior to the big game, they take away from the anticipation and excitement that makes a Super Bowl ad a Super Bowl ad. Not to mention, they cheapen the importance of all that well-spent media money.

But I, for one, couldn’t be happier. Any Super Bowl-esque content a brand wants to release days or weeks before the game is a welcome distraction from doing my timesheets. And with more brands giving it away before game day, maybe in a couple of years I won’t even have to pretend I know which Manning is which.