Why Animation Has Always Been Ready for the Covid-19 Storm 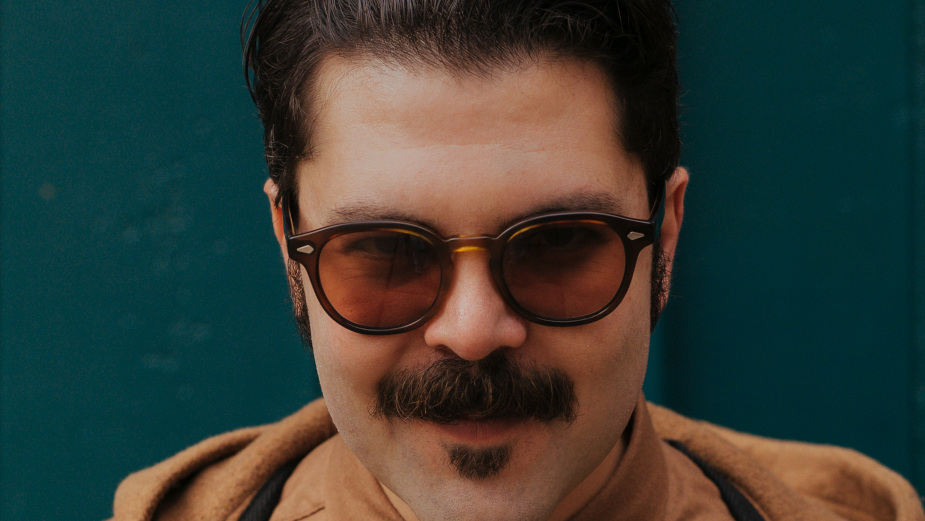 There’s no denying that Covid-19 has meant we are seeing so many animated campaigns and while the first few were definitely exciting, there is something to be said of those that are still able to capture our attention. With this in mind Gustavo Karam, partner of animation powerhouses Final Frontier and Le Cube knows a lot about what this particular industry is facing right now. Although his current situation means a trip to Brazil has resulted in him being kept away from his home in China, Gustavo is upbeat about how he’s been able to keep up with the 24-hour production cycle that comes with an international roster.

LBB’s Natasha Patel caught up with Gustavo to find out more from the man himself about producing in Wuhan in the early days of 2020 and why he believes animation harnesses the power of emotion more than live action ever can.

LBB> You’re currently in Brazil but Final Frontier is based in China - how have the past few months been over there?

Gustavo> We were doing a project for Airbnb China produced in Wuhan which was delivered in the early days of January, just before it hit hard there. I saw the whole wave coming.

But now China is pretty much back to the old normal. The team is back at the office, the agencies and clients are also back to normal, but there are some effects of the global economic crisis hitting, like cuts in budget and staff, but nothing like what I'm reading that is happening in the West.

LBB> How have you found working remotely from Brazil?

Gustavo> I feel it was somehow good to be here. With the Covid-19 situation all the plans that we had for five years are happening now. It’s like the Steve Jobs mentality of connecting dots, applying things you’ve learnt in the past for the present mixed with the old saying of making the best of every situation. Being here has allowed me to be closer to the artists that we work with, and also my teams in South America and Europe, which gives us the chance to start some new alliances in the West.

LBB> What has lockdown done for the animation industry?

Gustavo> I feel that animation was already kind of prepared for the lockdown impact of the Covid.

In practical matters, remote work isn't something new for us, since the beginning, we worked with freelance artists spread around different countries working from home under our production for clients in other countries.

When Covid started to hit in the West, the first thing we did in Final Frontier, was to write to our directors and studios to ask if they were healthy and also to check their capabilities to take projects and what they did to adapt for working from home.  I wasn't surprised that we heard from everyone that the change was nothing traumatic and that artists and workstations were smoothly ready.

But there are a few things that I believe are important points of attention now more than before, and they all surround "trust." You need to trust your team even if you’re working remotely and you can’t go in each hour to see what’s happening.

The role of the producer is more important than ever especially in a 24-hour pipeline. Good production is crucial. You can have the best creatives in the world, but without a solid producer the work’s not going to stand up. Also animation is all about a method. Rely on and follow your method.

Of course there were some problems with some projects that were cancelled in the beginning and a lot of projects we received were meant to be live action but they now want to do animation.

LBB> What is it about animation that fascinates you?

Gustavo> I think animation is incredible because you can go beyond reality. For example, if you want to tell the story of a guy who went to a 7-Eleven, grabbed a beer and drank, this works in live-action because there’s nothing there, it's not substantial for animation.

But if you want to tell the story about a guy who went to a 7-Eleven, that when drinking a beer he entered a surreal iceberg of freshness and cold sensations and got slapped in the face by a penguin, then go with animation because there is a metaphor there – there is a feeling, sensations to be portrayed, not just an action.

I think that good animation tells more than just a story, it can make feelings and perceptions something graphical, almost like synaesthesia. It's a very strong and powerful tool to generate empathy and transmit sensations.

LBB> You mentioned that you’re seeing a lot of switches from live action to animation. What do you tell clients who come to you with these ideas?

Gustavo> We are receiving briefs and boards right now that were meant to be live action, for most of them our first question is “can we tweak it, can we change it?” Because if we do it as it is it's not going to be good, it’s not going to achieve excellence. In animation there are much more tools to tell a story, to deconstruct reality.

LBB> With that in mind, what do you think the animation industry will do next?

Gustavo> I’m not one of those futurist gurus and I don’t spend a lot of time thinking about the future. But of course I have some hints. Virtual reality is always something that bothers me because my impressions of VR are that people were trying to do something too complex for the technology available. So instead of recreating a football experience we need to create the experience of grabbing a ball first in an amazing way.

But, I think that new technologies are improving VR a lot, and what I see now is just brilliant. The [Oculus] Quest goggles were a significant advancement and I think that good work and tools for this platform are something that will become more and more normal in our feed and our industry. Lockdown and social isolation sped up VR developments and necessities.

There are some futuristic trends that I don’t like actually, like using artificial intelligence for creating animations, or software that does the work for the artists. A lot of what I represent and Final Frontier represent is the craft, the human touch – a little bit of imperfection. The beautiful thing about hand drawing is having that small scene that has a bit of delay on the trace that goes a little bit out of the line according to the artist’s mood on the day.

LBB> An interesting perspective! What is it about imperfections that stand out so much?

LBB> Where do you hope to steer Final Frontier in the future?

Gustavo> Final Frontier is a young company and is still discovering its role in the world. We are very global in the talent that we have but we are still very Asia-centric.

Our clients are in Asia, the kinds of projects that we work on are strategic for Asia; I do feel that Final Frontier will be a really global company connecting East to West and breaking all frontiers.

But our industry has so many possibilities; there are still some discoveries and experiments that we want to do before going global; this is not something that we want to do rashly.  My personal goal is to keep doing amazing work with people I admire and keep having incredible experiences. I feel that this way, naturally, we will find innovations along the path, and will start to collaborate with clients from everywhere that share our enthusiasm for creativity, excellence, and craft.

LBB> On a personal level, what has been a standout campaign to work on?

Gustavo> Every project I do, with Final Frontier or Le Cube, we work to stand out and I do feel we achieve something truly special in all of them.  But in a deep very personal feeling, the ‘Senna, In The Heart Of Brazil’ by Le Cube with JWT in Brazil is still very special for me.

In Brazil you pretty much have God, then Jesus then Ayrton Senna, the guy is something important. We had a lot of freedom with this project, it was a true collaboration from the beginning. The agency only had the audio from Senna talking about a race,  but they wanted to create a message for the Brazilian Olympic athletes when they were held in the country.

The agency created a wristband with the yellow and green from Senna’s helmet and when you scan that with the campaign app it plays the animation we did on your wrist. It was an AR experience.

While the interactive step of this project is great, it's also about an incredible race when Ayrton won for the first time in Brazil after several tries. It's a real story, portrayed in a surreal way, about overcoming challenges with strength and character; a story that I feel very identified with.

We closed the studio for three months so we could have a huge team dedicated to this. We put all in on this project and it was a project that changed everything.

Senna, in the heart of Brazil from Le Cube on Vimeo. 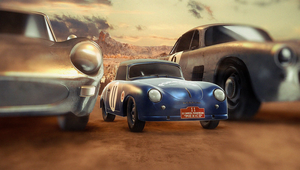 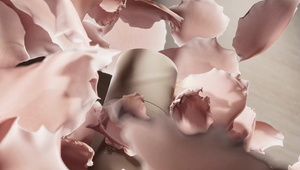 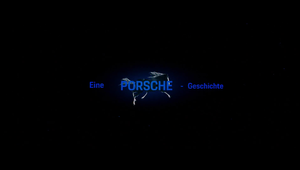