INFLUENCER: Droga5 NY's Ruben Mercadal on how agency producers can help give emerging directors their time in the spotlight 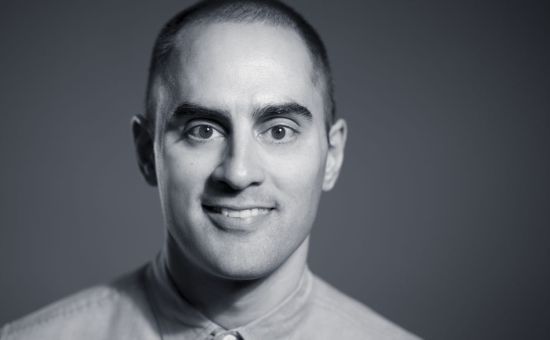 I’ve just returned from judging the Film Craft jury at the Kinsale Shark Awards in Ireland. There was a lot of strong work, and I met some fantastic directors.

I came back really invigorated about the breadth of fresh directorial talent available to us in agencies. A lot of production companies were at Kinsale, and the general consensus from everyone I spoke to was that agencies don't give enough opportunities to great new talent or help to put them on the map.

It’s an observation that a lot of people have been making for a long time now – it’s been more or less the same 20 directors at a top tier level for the last 10-15 years and not enough is done industry-wise to help discover the next generation of Glazers, Gondrys etc. There is a reason why these directors are at the top of their game, but who is the baton going to be handed to next?

With the shifting production landscape and the amount of content out in the world, it’s our responsibility as agencies to help make deliberate, diligent and impactful director choices, and to identify opportunities in the work we are making, not only for established directors, but also for new, unique and talented directors we have discovered and should be working with.

Our aim as producers is to put interesting creative out in the world and make work that will resonate with people, be culturally impactful and also sell a product. In order to achieve this, we need to recognise the benefits of working with different levels of directors and also identify the right partnerships, for all talented directors.

I’ve been fortunate in my career to have shot with a lot of top tier directors on big projects and I’ve had some incredible experiences. It’s a given that working on a project of a certain size will require an established director, and as agency EPs/producers, we always do a risk assessment in terms of curating the most appropriate talent for each project we produce, according to the agency and client needs.

But there is a lot of volume-centric content work or scripts that could be produced with a talented new director to really bring a fresh perspective, where opportunities can be carved out to allow younger directors to build their reel, and move up to the next level.

A few industry-wide observations I have noticed of late:

1) Production is operating in a risk-averse framework, so much so, that people are less willing to take so called ‘risks’ with lesser known directors. There is an over saturation of director options available to agencies and less work to go around, which has led to a buyers market from an agency perspective in terms of directors. This was not the case 10 years ago when some top tier directors would only do a few jobs a year, partly because the budgets were healthier and also because there were more jobs for directors in general.

2) Post recession, top tier directors are having to battle more to get on projects (especially with the current trend of projects dying after they have submitted a treatment etc). As a result, it is pushing down the next tier of directors, so there is a middle tier of directors that would normally have worked a lot more (and kept their reel looking fresh), and they are not getting as many of those opportunities (or they end up pitching against a more established director, and agencies will generally go with the bigger name director). In this climate, young emerging directors just don’t get a look in.

One reason I was drawn to working at Droga5 NY was the culturally impactful creative work they make, and their track record of pushing the envelope with director choices to make that work. Martin de Thurah, Daniel Wolfe, Aoife McArdle, Johnny Green and Paola Morabito are just a few directors who got their first big break on a US job through Droga5.

When I worked with David Droga as a junior producer when he was CCO of Saatchi & Saatchi London, he was extremely encouraging and open about working with new talent and championed production and a producers’ point of view, to get to great work. It’s something that has not changed. He continues to instil that in his department with regards to working with the best talent from around the world, regardless of whether that talent is established or emerging.

There is a healthy competitive nature between all our Droga5 producers to discover and break new talent, it’s something that Sally-Ann Dale (Chief Creation Officer), Jesse Brihn (Director of Film), and I encourage within the department.

So how can you encourage your creatives and fellow agency producers at your agency to think about less obvious but talented and emerging directors, ones who are less on the radar?

1) You may work with a creative team who has not shot anything all year, so they want the big name director and it can sometimes seem like the safer option. Push a wild card option into the bid list, even just to see what they come back with. You will build up your own relationship with that director and get them on the radar - and how exciting for you to give a new director their big break? Production companies will really appreciate your thinking beyond the usual suspects.

2) Talk to the production company. Arm yourself with insight and knowledge about that director, so you can help sell them to your creatives. Perhaps there is a special visual technique they have developed or they went deep undercover to unearth their story in a documentary – all useful in highlighting how passionate they have been as a filmmaker.

3) Even if they are a young, not so experienced director in commercials, with the right production company behind them providing a top tier commercial support, the so called ‘risk’, is mitigated. The production company have already made a huge investment in the director - both financially and in time spent developing their career to date. So the responsibility lies with the agency, to make sure they pick the correct and appropriate director for the bid pool and not cast incorrectly.

4) Often top tier directors are juggling lots of jobs and you may get them for a week of prep before the shoot at most (and with their experience, they can do this). Then they will go straight onto another job after the shoot. With emerging talent, you may have a more pointed focus from the new director, which can be really satisfying for the creatives and agency producer.

5) Producers have the power to influence the bid lists. Use your EPs etc to support a director choice that you believe in, where needed. Also ensure you are presenting the script in its best form. Package it in a great personalised deck for the director and be enthusiastic about the project when talking to the production company.

6) Immerse yourself in the director’s work and in who and what their sensibilities are. If they mention a piece of work/art/film when you chat to them, find out about those influences. This will enrich your knowledge of them and what their aesthetic is.

7) When selling your director recommendation to the client, prepare the most iron-clad and robust strategic argument as to why, as an agency, you believe this director is best for the job. The whole agency team needs to be behind him/her. Clients can sometimes be literal when they look at a reel but with a detailed treatment package and an ECD presenting the rationale, you will have at least made a strong case to give the director choice its best chance.

Obviously it’s a case-by-case basis, and sometimes we need a more established director. However, look to see who else is out there that can give you a fresh perspective and new way of thinking. As I always say to creatives, it’s an hour of your day and you get to meet/chat with a really interesting director who may come up with something truly amazing.

In summary, our job as agencies is to identify opportunities in our new production landscape, for directors at all levels (established and new emerging talent). This will lead to great work. We have to give a greater breadth of opportunities to directors at different levels of their career and find the right and correct partnerships, for the myriad of content we produce.

With that in mind, here are 10 directors who are on my hotlist that I would like Droga5 to work with, or who I hope to see breaking through soon in our industry (in no particular order). Give them a go! I have a much longer list, and it would be great to get agency producers and creatives chatting about all the other amazing emerging talent we should be working with:

Brendan Canty is a fantastic director. He made the Hozier 'Take Me To Church' video for $1500, and it blew up with 400 million views. He’s currently signed to Jonathan Glazer's production company in London, Academy Films, and Reset in the US. With a strong emotive, sensitive and humanistic storytelling and visual style, he could turn his hand to a lot of different clients. On the brink of something incredible, he needs one lucky break in commercials to put him on the map in the US.

Discovered by Martin de Thurah, Elena is Epoch’s most exciting recent signing and has a beautiful body of work to date. She brings a great aesthetic and eye to all her work and has a fascinating fashion and editorial focus.

Sonejuhi Sinha does superb work and she has an ability to get under the skin of her subjects. ‘Miles of Sand’ is beautiful.

Ian Ruschel is a very established and top tier director in his native Brazil but he’s less on the radar here in the US. His work is highly cinematic, epic and ethereal and he’s a great guy too – I’m super keen to work with him.

Lochlainn Mckenna is also great. His video for Daithí 'In My Darkest Moments' won him a lot of awards including Best New Director. It's an introspective on male loneliness, dealing with loss, boredom in rural areas and general inertia. He’s directed many other great music videos too and is crossing over into commercials.

Fx Goby is established in the UK but has not broken through fully in the US. He’s got cinematic flair across all animation work and he’s visually inventive too. In a short amount of time, he has developed a really mature and accomplished reel.

Carol Freeman is a very talented animation director with her award winning ‘Dulux’ and 'The Bird...' spots. She works as part of a collective too.

Fenar Ahmad's feature film ‘Darkland’ was released in 2017 to critical acclaim and went on to shortlist for the 2018 Oscars in Best Foreign Film. He’s a very talented film-maker with rich, poetic visuals and storytelling. He would bring a fresh voice to narrative work in adland.

Chloe Zhao’s film ‘The Rider’ is a beautiful and poetic piece of film-making. I am really interested to see what she could bring to a more commercial project as I think she would create something authentic and arresting.

As an ex-agency producer turned director, Floyd Russ’ short film ‘Zion’ is incredible and was recently picked up by Netflix for distribution. He is on the cusp of moving to the next tier up as a director and I’m hopeful more agencies will give him more opportunities and bigger budget projects.