Why a Smaller Brand Will Win Super Bowl XLIX

Brock Montgomery, EVP, Creative Services, Upshot, is hoping for a step-away from the predictable 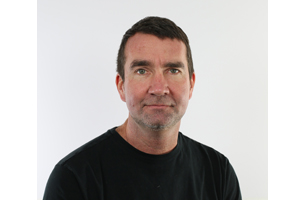 I am fully expecting another year of ‘yeah-so-what’ to ‘mediocre-at-best’ Super Bowl spots from the vast majority of the big advertisers. There will of course be an article in the ad trades ranking the ads and providing their social media analysis. Understood. But, it has been a long, long time since I was at a Super Bowl party, or riding the train the next day, when I’ve heard regular folks, people outside the industry, the people the ads are supposedly aimed at, talking about any of the Super Bowl spots.

The usual suspects will provide their usual fare, sticking to the Super Bowl creative script they’ve written for basically the last decade. Maybe longer. Everything so brilliantly lampooned to date in the Newcastle work will be on full display by the big advertisers. In fact, there is a pretty big part of me that wants to predict the Newcastle work will be the best Super Bowl creative, but I’m not sure if that’s because it’s truly awesome, or just awesome to us marketing folks who can appreciate it. Must admit, in this case, I don’t care. It’s just damn funny.

I am, however, holding out some hope that there will be at least one 30-second moment that will provide more than just a quick smile, pun-induced groan or disappointed head shake. That there will be something that catches the eye and attention of not just myself, and not just marketers on all sides of the many fences, but of those silly folks known as people who have opinions and wallets, both of which should be the goal of the advertisers.

I think this moment, dare I wish for two, will be provided by one of the smaller clients. One of the smaller clients, partnered with a smaller shop. One that doesn’t want to do the predictable. A client and an agency that have thought about this moment. That have staked their reputation.  That have put most, if not all, of their eggs into this single basket and are doing it because they want to make a real impact. They want to tell an enormous audience about their product or service in such a way that the viewing public will understand something. Feel something. Say something. And do something. All thanks to this awesome 30-second moment. Where someone broke from the script. Broke the rules. And did something wonderfully unpredictable.

Who exactly? I don’t know. But people will be talking about it come Monday. Even if they don’t know crap about marketing, focus groups, ROI analytics, engagement modeling or all these other things that often get considered considerably more than a gut-feeling for what is going to really resonate with people.

I can’t wait to see this spot. I’ll be ecstatic if there are two.