Why 2014 Was the Year Post Production Came Out On Top

Trends and Insight 366 1 Add to collection 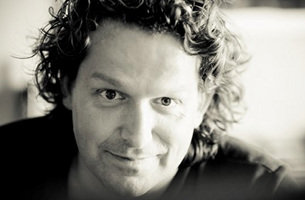 Look back 10 or 20 years and the creative industry landscape was a place we would hardly recognise today.  Back then creative agencies, production companies and post-production all stuck to the one thing they did best – be it conceiving ideas, making commercials or finessing and adding the finishing touches – and the work flow largely remained the same, whatever the project.  This meant that budgets, generally, also moved in the same direction, getting tighter at each stage of the process and often leaving little time for creativity and flair in post-production.

To take you back to the start, my creative production company The Ambassadors was founded by a group of artists back in 2007.  Right from the start we were all specialists, but in different areas – be that sound, CGI, edit, grading, design and animation or innovation. This diverse set of skills under one roof meant that taking on big projects with lots of different elements has always come naturally to us.  If we are working on CGI and sound, it’s very easy for the sound team to walk across the corridor and pick the brain of the person in charge of VFX. This blended way of working has also made us proficient in areas outside of our core expertise that we never had a clue about in the past.

And now? It seems that the rest of the world is catching up to this point of view. The explosion in great, CGI-heavy projects has turned the advertising world on its head. Suddenly traditional post-production roles are often more accurately described as production – or even pre-production. For instance, a project we took on for Dutch bank ABN AMRO involved us being brought on by the agency involved – Selmore – at client pitch stage and being responsible for choosing and briefing the production company to work with. The epic result achieved – which involved, among other dramatic feats, slicing a massive ocean liner in two – was made possible, and within budget, simply because the CGI expert was there from the beginning, advising on every aspect of the direction and shoot.

And it’s not just the workflow that is changing. Suddenly, we are being brought into meetings with brand managers to talk them through concepts and what to expect at the end of the process. The reason? Because we are the best qualified to explain this to them and to build their trust in the – sometimes nerve-wracking – process.

If 2014 was the year that brands and agencies began to take risks in workflow and process, my hope is that 2015 will be the year for experimentation across the board. If that happens, if enough people challenge themselves to work differently and achieve more, I believe we are on track for a really exciting year ahead.

Halbo van der Klaauw is Founder of The Ambassadors