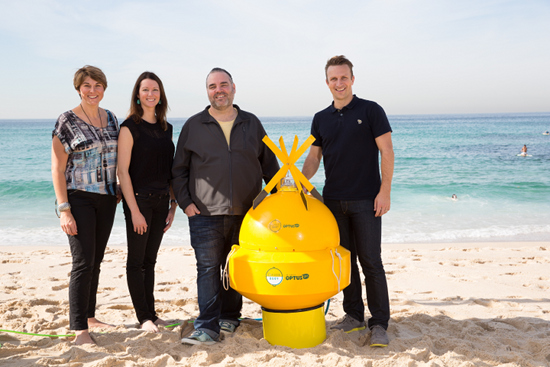 In a unique collaboration with Optus, Google and tech company Shark Mitigation Services, M&C Saatchi has responded to an Optus brief to demonstrate the power of its network with an R&D project that creates world-first, breakthrough shark detection technology to help protect people and sharks throughout Australia and the world.

Based on its belief that brands are built off the back of consumer experiences, M&C Saatchi decided a compelling demonstration of the efficacy of the Optus network coverage was better than merely talking about it.

‘Project Clever Buoy’ harnesses new and existing technologies to develop world-first smart ocean buoys that can detect sharks and alert those on the beach via the Optus network, to minimise the risk of shark attacks.

This project is the perfect response for Optus because it's a demonstration of their brand DNA, to push the boundaries of innovation and have their consumers’ backs.

M&C Saatchi Chief Executive Jaimes Leggett said: “Clever Buoy is a compelling demonstration of the power of the Optus network.

“We are fiercely proud of the result of our collaboration with Optus, Google and Shark Mitigation Systems,” Leggett said.

“Product development is becoming an increasingly important component of the M&C Saatchi’s Group offering. Clever Buoy is in its prototype phase and is about to undergo a series of commercial trials.

“The sheer brilliance of the work by Shark Mitigation Systems has been humbling.”

Optus has fully supported the project from day one, embracing its visionary innovation with considerable backing.

Optus Head of Brand Nathan Rosenberg said: “We were totally pumped with the M&C Saatchi team’s response to our request for a project that showcased the power of the Optus Network. We didn’t want just an advertising campaign, we wanted a really brilliant idea that could make a real difference.

“The project started out as a brainstorm but is now a digital project that has the potential to improve the lives of every Australian at a place they love - the beach. Clever Buoy could change beach safety as we learn more about shark behaviour through a truly revolutionary and digital method of detection”.

Google has selected ‘Project Clever Buoy’ in its global Re: Brief project, which has so far included iconic brands like Coke and VW. The project is designed to re-imagine what advertising can be and push the boundaries of where creativity and technology intersect.

This is the first time Google has run a Re: Brief project in Australia.