Who Were the Masterminds Behind the Great D&AD Pencil Heist?

Editors' Choice: Lucky Generals reminds the creative community that 'you don’t know what you’ve got 'til it’s gone' 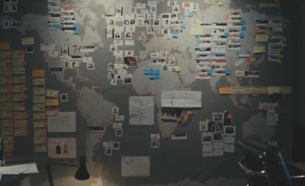 On 11 January 2016, D&AD Pencils simultaneously started disappearing around the world. Revealed to have been a clever stunt thought up by Lucky Generals and D&AD, they have created and released a behind the scenes film that shows how it was all orchestrated.

Why did they do it? To remind the creative community of the true value of a D&AD Pencil, and that when it comes to creative awards, nothing matters more.

Everyone has heard the old adage “you don’t know what you’ve got until it’s gone” and thanks to the creative minds at Lucky Generals, they were able to remind some of the world’s top creatives just that. By capturing the passion (and colourful language) that a missing D&AD Pencil evokes, they wanted to remind people of all the hard graft that goes into winning each award and why striving for creative excellence is still so important.

The film, which has been released on social media today, shows the huge reach that this stunt had. Targeting top creatives from Sao Paulo to Cape Town and London to Melbourne, creative industry heavyweights such as Rosie Arnold (BBH), Nils Leonard (Grey London) and Charlie Wilson (OgilvyOne) talk about their cherished D&AD pencils. As BBH’s Executive Creative Director Rosie Arnold says in the film: “[The D&AD pencils are] the most difficult to win, the most treasured - my pencil has pride of place in my collection”.

The heist took place over the course of Monday 11 January and sparked a wave of reactions over the following days, as agencies all over the world worried over their trophies' fate and voiced their confusion on social media. It was not until four days later (Thursday 14 January), that the Pencils were returned, alongside an explanation that the stunt had been designed to dramatise the uniquely precious nature of the awards.

Tim Lindsay, D&AD CEO Commented: “The heist was a spectacular piece of planning and was excellently executed but despite the excitement of seeing the reactions on social media, it was never really about taking the pencils. What we set out to do from the start, was to capture the reactions of people as their pencils were returned, reminding them of a very personal achievement, and I think that this film illustrates this perfectly.”

Helen Calcraft, founder, Lucky Generals, added: "At a time when some are rightly questioning the plethora of awards in our industry, the D&AD pencil remains the one that creative people really want to win. The response to our heist, in agencies all over the world, proves that when it comes to awards, nothing matters more."