Who Were the Big Winners at This Year's One Show Awards? 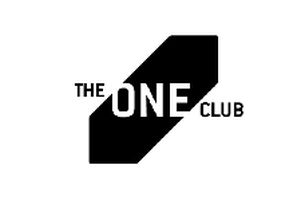 The One Club has announced the winners for the 42nd Annual One Show Awards, the most prestigious worldwide competition celebrating the year's best in all forms of advertising, design and marketing communications.

Gold Pencils, Best of Discipline, Best of Show and other special awards were announced at the Alice Tully Hall, Lincoln Center in New York City.

These were the highlights:

- Funny Or Die won Best of Show with “Between Two Ferns with Zach Galifanakis: President Barack Obama” for Healthcare.gov.

- Omnicom secured Holding Company of the Year while two other special awards fell under the Omnicom umbrella: BBDO for Network of the Year and Mars for Client of the Year.

- Droga5 took home Agency of the Year, largely on the strength of its “Gisele Bündchen – Will Beats Noise” campaign for Under Armour.

- Marcel/Paris rounded out the special awards by winning the Green Pencil – an award that recognizes the best environmentally conscious advertising of the year – with its “Inglorious Fruits and Vegetables” campaign for Intermarché.

Several special awards, including Agency of the Year, Network of the Year and Holding Company of the Year, were determined by The One Show ranking system.  To view the complete rankings, visit www.oneshowrankings.com

In addition to special awards, Best of Discipline was awarded for all 13 disciplines in this year’s One Show.

- Best of Branded Entertainment: Funny Or Die with “Between Two Ferns with Zach Galifanakis: President Barack Obama” for Healthcare.gov

- Best of Interactive and Best of Social Media: Droga5 with its “Gisele Bündchen – Will Beats Noise” campaign for Under Armour

- Best of Design: Dentsu/Tokyo with “Get Back, Tohoku” for East Japan Railway Company

- Best of Print & Outdoor: Leo Burnett/Sydney with “Poachers” for WWF

- Best of UX/UI: Grey Germany/Dusseldorf with “The Berlin Wall of Sound” for SoundCloud

The complete list of One Show Pencil winners can be found here.