Who Were the Big Winners at Last Night's British Arrows Craft Awards? 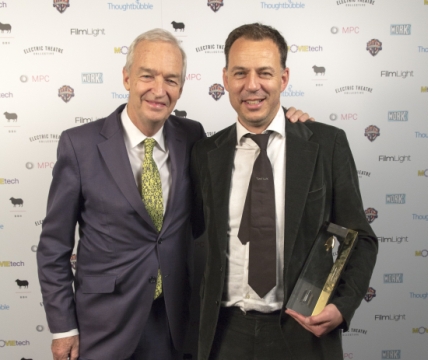 The British Arrows Craft Awards last night honoured the individual craftsmanship behind some of this year’s best British advertising. The event was held at Supernova in the Victoria Embankment Gardens.

Andrew Ruhemann comments ‘I feel genuinely moved. It’s hard to imagine that I’m connected to all that stuff. I had a suspicion it was me when I saw that the name tag next to me was Jon’s wife! I’m just really proud.’

Mother commented ‘When you’re working on it you’re too close to it to know whether it’s award-winning material, you just have to work really hard, put the work out there and hope people like it.’

Picking up the award on Cabral’s behalf, MJZ’s Debbie Turner says ‘If Juan was here this evening he’d be absolutely thrilled to win the award!’ 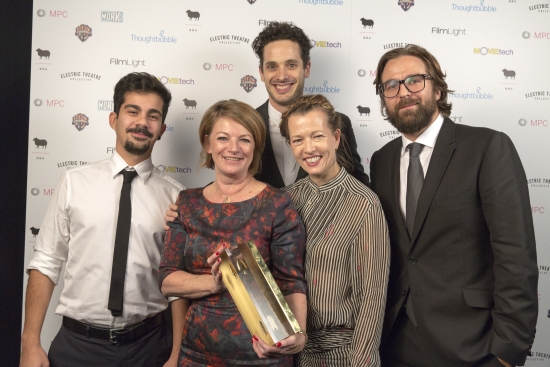 Us commented ‘Getting Icons in one take was a challenge, so too was keeping people motivated when it wasn’t working. It’s been a long time since we shot it and it was fun because it was a lower budget video. To get recognition for it is great and it’s a brilliant way to end the year.’

Final Cut’s Joe Guest collected the Best Editing Gold for Lurpak’s Adventure Awaits, whilst Gold for Best Achievement in Production category is awarded to Ray Leakey at Smuggler for Volvo Trucks The Chase.

Joe Guest comments ‘It feels awesome – it’s always the bridesmaid, never the bride! Dougal always shoots amazing film so it’s what not to put in which is the challenge. I knew the first one was amazing and when we were working on the second one I knew it was better because there was so much nice stuff.’

Ray Leakey comments ‘Finding the location was crucial, and when we saw the script we thought ‘how are we gonna do this?’ We shot in Ciudad Rodrigo and the town was shut down for three days, the Mayor got involved and dealt with shutting the whole place down - getting the town on board was absolutely key.’ 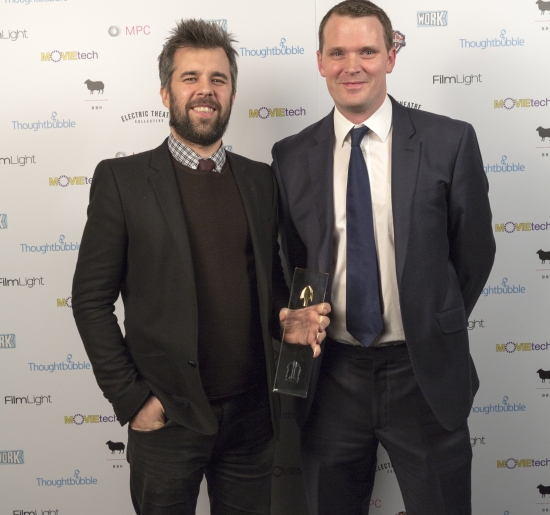 Mark Waring, Conor Ryan and Wesley Coman picked up Gold in the Best Animation category for Nike Football The Last Game, and comment ‘There’s a lot of people involved, it’s not just us. There were 18 other animators and it’s one of the biggest jobs we’ve taken on at the company. It felt like something special, it’s Nike and the World Cup – it doesn’t get bigger than that.’ 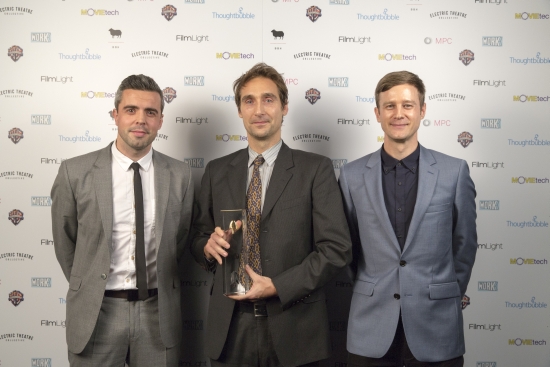 Bill McNamara and Jim Radford comment ‘I think a lot goes to Juan. The Director really pushed it along. We’ve worked for him a lot over the years. It was his thought process the whole way through and we helped embellish what he’d done. It was a real combined, team effort.’

British Arrows Board Member Nick Gill (ECD, BBH) says ‘The standard of this year’s work is really strong – I’m a big fan of Juan Cabral’s IKEA Beds, it’s a beautiful poetic film. If you look at the work coming out this Christmas, which unfortunately can’t be included in the awards, and think about Monty the Penguin, Ringan’s war-inspired Sainsbury’s film and Honda’s new work – there’s a brilliant raft of work coming out right now. Plenty to be proud of.’

Robert Campbell, Chairman of the British Arrows Craft Awards, comments ‘The talent in the room at the awards is incredible. We have Oscar winners in attendance. It’s come a long way, but this year is the best year yet. We’re celebrating serious talent and as well as having a really fun evening.’

Andy Gulliman, Worldwide Director of Film & Content at Saatchi & Saatchi, comments ‘Producers are brilliant problem solvers, every production is a problem that needs solving. Here in this room is the best collection of talent you could find to solve those problems.’

A full breakdown of the awards winners can be seen by clicking here.