Who Were the Big Winners at Last Night's British Arrows Awards? 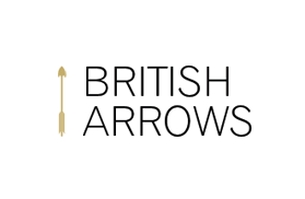 The winners of the British Arrows Awards 2015 were announced last night in front of a 1200 strong audience at a ceremony held at Battersea Evolution in London.

The awards celebrate the most excellent television, online, outdoor and cinema commercials and campaigns made by British advertising agencies and production companies. You can view the full list of winners here.

In total, 18 gold and 26 silver awards were given out on the night as well as a number of Special Awards, designed by British Arrows board member James Hilton of Atelier Strange and jewellery designer Carol Wiseman, which were presented to the Agency, Production Company and Commercial of the Year.

Guido Rosales, Europe Group Integrated Marketing Director for Coca Cola adds; “Our challenge as marketers is how we’re going to develop content that can live across screens in an organic way. They need to be outstanding on big screens, social networks, mobile and so on. The content on YouTube needs to have a huge impact in the first five seconds and that content has to then live on the big screen and be compelling on that screen too.”

The British Arrows 2015 Chairman’s Award sponsored by MPC was presented to Blink Director Dougal Wilson. British Arrows Chairman, Robert Campbell comments; “You only have to look at Dougal’s incredible body of work to understand why we honoured him at this year’s awards. His work is iconic and a great representation of the talent Britain has to offer.” John Lewis were presented with the Advertiser of Excellence Award.

2015 also marks the inaugural year for the Carbon Award, awarded to exceptional work. The first ever Carbon Award was presented to The Lego Movie, with Roy Button, OBE, Senior Vice President and Managing Director of Warner Brothers, making an appearance to collect the award.