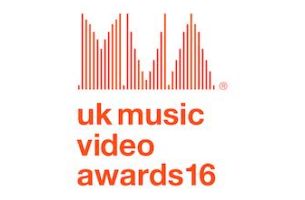 Music videos for Beyoncé, David Bowie, The Chemical Brothers, Coldplay, Michael Kiwanuka, Miike Snow, Run The Jewels, Tame Impala and Jamie xx were among the big winners on the night, while Massive Attack won the Best Video Artist award for an output of music video work that included ‘Voodoo In My Blood’, starring actor Rosamund Pike – the most nominated video at this year’s UKMVAs.

Video of the Year went to Jamie xx’s ‘Gosh’ directed by Romain Gavras, also picking up the Best International Alternative Video and Best Colour Grade In A Video (won by the video’s colourist, Mathieu Caplanne). The other multiple award-winning video on the night was The Chemical Brothers’ ‘Wide Open’, featuring Beck, directed by longtime collaborators Dom & Nic, which won Best UK Dance Video and Best VFX In A Video (presented to the visual effects team at the The Mill, London).

Meanwhile, videos for Beyoncé and David Bowie triumphed in the craft categories, with Beyonce’s stylist for the ‘Lemonade’ project, Marni Senofonte, collecting the Best Styling award for her work on ‘Formation’, and production designer Jan Houllevigue being awarded for his work on David Bowie’s ‘Blackstar’. Dutch animation team Studio Smack were honoured in the Best Animation category for their work for De Staat’s ‘Witch Doctor’.

Among the other acts being honoured at the ceremony were Coldplay whose ‘Up&Up’ video directed by Vania Heymann and Gal Muggia picked up the Best UK Rock/Indie Video award; Michael Kiwanuka’s ‘Black Man in a White World’ video directed by Hiro Murai which picked up the Best UK Pop Video award; Florence + The Machine, whose ‘Delilah’ video claimed the Best Choreography in a Video prize for choreography for Holly Blakey; and Tame Impala whose video for ‘The Less I Know The Better’ won the Best International Rock/Indie Video. New British artists who saw their videos collect awards included Will Joseph Cook, Nao and Honeyblood.

Also picking up two honours at the ceremony was British director Ian Pons Jewell for Nao’s ‘Bad Blood’, and Valentino Khan’s ‘Deep Down Low’. This year’s Best New Director award went to Oscar Hudson who has directed videos for indie stalwarts Darwin Deez and Gilligan Moss, as well as creating one of the blips for Radiohead’s A Moon Shaped Pool campaign in the past year. Meanwhile, the Best Commissioner honour was bestowed on XL’s Phil Lee whose work in the past year has included commissioning videos for Adele, Radiohead and Jamie xx.

British director Vaughan Arnell was presented with the Icon Award.  He is celebrated for his iconic work with some of the biggest names in pop over the past 30 years, including Robbie Williams, George Michael, The Spice Girls, All Saints, Olly Murs and James Blunt. Arnell dedicated his award to Robbie Williams and his manager David Enthoven who died in August. The Outstanding Achievement Award was presented to Sony Music’s VP of Creative, Mike O’Keefe. Tributes on the night came from artists including Kasabian, Olly Murs and One Direction, and also Simon Cowell.

The UK Music Video Awards editorial director, David Knight, said, “Since 2008, the UK Music Video Awards has celebrated music videos as a form of creative expression, as entertainment, and as an effective way to bring music to the world. This year’s winners and nominees reflect the extraordinary extent of talent and craft that’s been applied to the making of music videos in Britain and around the world, and we’re honoured to be a part of celebrating that.”

Commissioner: Alex Bittan for Atlantic US

Tame Impala – The Less I Know The Better

Will Joseph Cook – Take Me Dancing

Honeyblood – Ready For The Magic

Best Styling in a Video, in association with i-D

Best Cinematography in a Video, in association with Panalux

Best Colour Grade in a Video, in association with CHEAT

Best Editing In A Video

Best Interactive Video, in association with The Mill

Best Director, in association with MPC

Video Of The Year, in association with Promo News