Mother use, well, mothers as cultural barometer of real fame 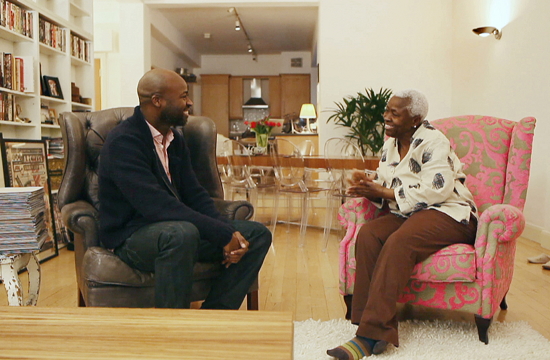 Celebrities are everywhere these days – but which are genuinely famous, and how do we tell? Who is Really Famous?, an online game launched today by Mother London, sets to answer just that – by using mothers as a cultural barometer of real fame.

Who is Really Famous? is the creation of Feh Tarty, creative director at Mother, who explains: “Throughout my career in advertising, I’ve had the opportunity meet some famous people. But when I would share these experiences with my mom, in more cases than not, she would have no idea who a person was. I would jokingly say to friends that no one is really famous unless my mom knows who they are. So I decided to find out who actually is, according to my mom, by making a film and asking her which names or faces she recognized.”

On Who is Really Famous the films are broken down into categories such as Pop Stars, Royals and Icons & Legends. Playing the same game on the site with your mother, you are asked to select photos of at least 20 celebrities and then ask your mother whether she recognizes them. If she doesn’t recognize either their name or face, then they are not famous. End of story.

Spending time with your mother is one of the key features of the game – you have to be together to play. In making the film of the game, Feh comments “It was one of the most fun conversations I’ve had with her. I learned so much more about her values, her interests, and also some people I never guessed would be on her radar. The experience had such a positive impact on me that I wanted others to have their own experience with their moms.”

The answer and comments about the celebrities are recorded on the website creating a constantly updated poll of the least famous celebrities – will it be Pete Doherty, Kanye West or Katy Perry who will be the least well known? Or someone else? Find out and play Who is Really Famous? on www.whoisreallyfamous.com  from Thursday 9 May.

Across the pond, in honour of American Motherʼs Day, Mother New York has created a lovely yet legally binding gift to bring mother and child closer together. The ʻMomtract,ʼ is a contract aiming to return some power back to mothers who woefully lose it as their children age. ʻMomtractʼ is a new online service that allows sons and daughters to contractually forsake control over one part of their lives. The legal document is binding for an entire year and should there be a default on the contract, penalties include fines of up to $20,000 and a maximum number of 12 non-holiday visits from your wronged mothers. Visit TheMomtract.com to create your own contract.