Who Has The Power To Make The Internet Great Again?

Stuart Aitken, Head of Brand and Content at DigitasLBi, reflects on his agency's event that saw creatives meet to discuss the future of the internet 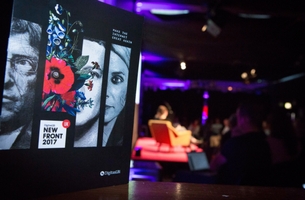 Our theme for this year’s DigitasLBi UK NewFront event was ‘Make the Internet Great Again’. We wanted to gather fellow marketers, creative thinkers, content creators and experts in data and technology and make a vital contribution to the discussion of the future of the internet. We fondly remember the early days when the internet was all about sharing information, championing entrepreneurship, building knowledge and connecting people. Now it’s starting to feel like the web has been hijacked, unleashing all sorts of forces that we can't control. NewFront 2017 was an opportunity to take stock of where we are and to ask what we can do to ensure we create an internet that genuinely benefits everyone, all around the world. Who has the power to shape the internet into something that makes people’s lives better?

We talked about the growing concerns of an impending ‘techlash’, an analysis of the value of the filter bubble and an assertion from Grace Dent that trolling is the result of people not having enough fresh air. There were common themes throughout the day including an acknowledgement of the importance of understanding people, the power of empathy and the need to create relevant experiences.

A central voice on these themes was Mei Lin Fung, Co-Founder of the People-Centered Internet (PCI). Mei Lin is a technology pioneer. After creating the first Customer Relationship Marketing (CRM) system while at Oracle in the 1980s, Mei Lin became disillusioned. She was dismayed that the process of CRM that she believed could deliver true value to people was being misapplied to deliver self-serving business results that did nothing to enhance the lives of customers.

As she became more involved with the development of the internet, Mei Lin saw the same things happening. Rather than adding value to human life, she began to see powerful data and technology systems being used merely as a way to enhance the bottom line of powerful corporations. It was this pattern that inspired her to approach a kindred spirit worried about the same issues: one of the fathers of the internet, Vint Cerf. And so the People-Centered Internet was born with the mission statement of putting humanity – people and their needs and aspirations – at the centre of the internet.

Mei Lin's impassioned presentation at NewFont 2017 was the first time she had spoken publicly about PCI outside of the US. It featured a call to arms for brands and advertisers to put purpose, humanity and value at the heart of everything that they do in a digital environment. Only then can organisations create something of true value to both their customers and humanity as a whole. She acknowledged that this is no easy task. To walk this path, organisations must be prepared to put in long term investment.

Picking up on this, Mark Adams, Head of Innovation at VICE, explained that “brands have the opportunity to do something wonderful – you can fund hate, but you can also fund equality and love and meaning”. To illustrate the point he talked about VICE’s work with Smirnoff to address the issue of the lack of representation of female DJs at festivals.

Our keynote speaker, author and BBC presenter Jamie Bartlett, also argued that brands have a moral responsibility to ensure that what they are doing, how they communicate and where they advertise has the potential to influence the development of the digital ecosystem. By doing so, brands can deliver true value for themselves and their customers alike, but failing to do so will seriously jeapordise their customers’ trust.

In an interview to be published next week, Winnie Palmer EMEA Director, Digital Demand Centre at Hewlett Packard Enterprise, outlined her belief that responsible leadership is vital in ensuring advertisers’ continued value to consumers.

So, who can make the internet great again? Do brands have the power?

As the increasingly digital world becomes increasingly ad funded, brands have the power not only to control how they are viewed by customers, but in doing so can help to shape a digital environment that works for all. As our CEO, Michael Islip, noted in his opening address: with this increased power comes increased responsibility. Agencies and advertisers now have a greater opportunity to understand their customers, but hard data is not enough. Unless overlaid with humanity and empathy, we can never create communications and services that truly benefit customers.

At NewFront, Mei Lin Fung quoted from a 1939 poem called Upon This Age That Never Speaks Its Mind by Edna St. Vincent Millay:

Upon this gifted age, in its dark hour,

Rains from the sky a meteoric shower

Of facts . . . they lie unquestioned, uncombined.

Wisdom enough to leech us of our ill

Is daily spun; but there exists no loom

To weave it into fabric.

Mei Lin argued that the internet is our loom. Brands need to think about how they can unlock this power and use the internet as their loom to weave truly relevant, meaningful, inspiring experiences for people.