Who Exactly Fights Our Wars? Call Of Duty Documentary Sheds Light On PMC's 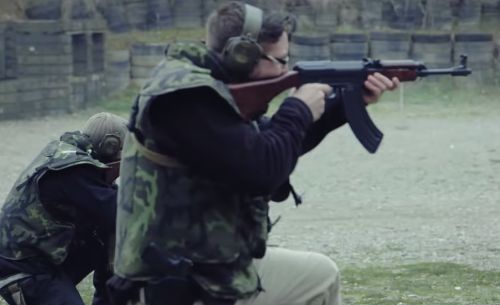 In preparation for the next era of Call of Duty, Activision is changing the playbook with a never-before-seen marketing strategy for the reveal. Activision and 72andSunny partnered with VICE to produce a cadence of content that sheds light on the influence and scale of Private Military Contractors (PMC’s), a theme that ties into the new game.

Combining Call of Duty’s experience as a successful entertainment franchise with VICE’s credibility as documentary filmmakers, the piece will extend far beyond the gaming world. Today, the first piece of content is a short-form documentary titled “Super Power for Hire”, to be followed by the in-depth, long-form documentary later this month that truly pays off the entire subject matter. In “Super Power for Hire”, VICE travels the world to speak to iconic PMC’s to help establish the premise of the new game, grounding the fiction in reality. The provocative short film features interviews with Erik Prince (founder of Blackwater) and David Sanger (National Security Correspondent for NYT), among many others.