Who Are the Winners of W+K NY & Delta Air Lines' SAFETYS Awards? 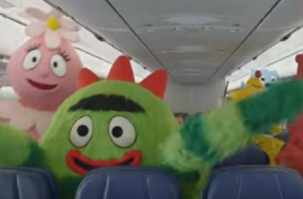 There is nothing Delta takes more seriously than the safety of its customers. That's why the airline has become famous for turning its in-flight safety message into entertaining videos (like viral sensation 'The Internetest Safety Video On The Internet')--to ensure that even the most frequent flier tunes in and gets the safety message.

Now,​ as award fever grips the world, the airline is celebrating your favorite safety stars with The SAFETYS, the first ever award show recognizing Delta Safety video excellence in Delta Safety videos. The #SAFETYS award show aired online on Sunday, February 28th but the experience comes to life in the days leading up to and after the show.

The campaign kicked off with the Flier's Choice Awards. Using Twitter Polls, Delta allows its social audience to vote on who should be recognized for safety video acclaim. Who deserves the Safety Gold for Best Stow in an Overhead Bin, Best Breakthrough Performance, or the coveted Lifetime Achievement Award?