Schimmel is known for her lifestyle and comedic work 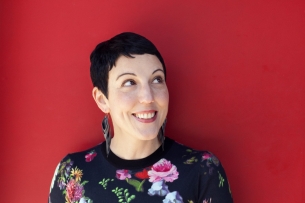 Whitehouse Post has welcomed accomplished editor Deb Schimmel to its Chicago roster. A Chicago native, Schimmel got her start in the industry as an intern at Cutters and grew her skills at Optimus, where she was an assistant and then editor for more than two decades. “We are very excited for Deb to join us,” says Partner/Editor Matthew Wood. “We’ve known Deb and admired her work for such a long time, we’re thrilled that she has decided to come aboard.”

Known for her lifestyle and comedic work, Schimmel has built a diverse reel that includes major brands such as Coca-Cola, McDonald’s, Kraft, Dove and the Chicago Blackhawks. She works frequently with agencies including Y&R, Ogilvy, Leo Burnett and mcgarrybowen and has built relationships with directors Omri Cohen, Brian Billow and Matthäus Bussman, among others. In addition to commercial work, Schimmel was a member of the venerable indie electronic band TRS-80 and has recently begun work on a feature-length documentary about the infamous Hollywood punk rock flophouse, Disgraceland.