Murphy joins after a decade at Relish 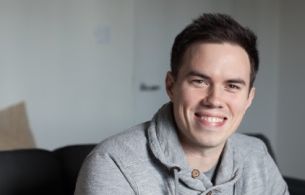 Whitehouse Post is excited to welcome editor Chris Murphy to their Los Angeles office. Murphy joins Whitehouse after spending nearly a decade at Relish in his hometown of Toronto. During his time there, he cut spots for clients including Google, Bose, and Habitat for Humanity and has developed relationships with directors Miles Jay, Jon+Torey and Aircastle.

“We are very excited for Chris to join us in LA,” says Whitehouse Post Executive Producer Joni Williamson. “His work is both funny and brimming with beautiful, fluid moments that make you feel the magic of life.”

Throughout his career, Murphy’s work has garnered many industry awards at the Cannes Lions, Clios, One Show, D&AD and AICE; and the viral hit Catvertising for agency John St. was listed by TIME in their Top 10 Online Videos of the year. In addition to his commercial work Murphy’s short films have been recognised at the Tribeca Film Festival and Toronto International Film Festivals, among many others. Murphy will relocate to the west coast this month, and will continue to be represented by Relish for Toronto-based work.