Matthew has worked with brands such as Facebook, Old Spice, Coca-Cola, Chrysler, and P&G 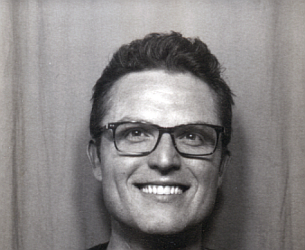 Known for both his comedic timing and ability to work across multiple genres, Matthew spent the past 16 years at Joint in Portland where he teamed with directors including David Gordon Green, Ulf Johansson, Jake Szymanski, and Stacy Wall on memorable campaigns for top-tier brands such as Facebook, Old Spice, Coca-Cola, Chrysler, and P&G. Matthew’s work has been honored at many prestigious shows including Cannes and The One Show, and his frequent collaborations with Nike have yielded a plethora of iconic ads starring sports legends LeBron James, Kobe Bryant, and Tiger Woods.

In 2017, Matthew cut Humpty Dumpty for Turbo Tax which aired during the Super Bowl and was included on USA Today’s Admeter ranking of the best spots that year. “Building upon the knowledge and experiences from the last 16 years at Joint, I’m looking forward to more diverse creative opportunities with new agencies and old friends,” explains Matthew of his move to Whitehouse Post. “I love doing great work, but I also love working with great people, and I think I can do both at Whitehouse.”

“Matthew is an exciting addition to our roster here in LA,” says Executive Producer Joanna Manning. “He has an amazing, star-studded reel and fierce work ethic, and he’s also a really nice guy. We’re delighted he has decided to join us.”