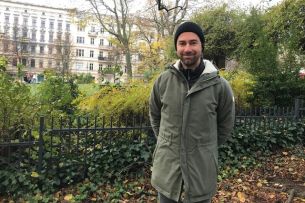 Two years after signing with Whitehouse Post for Los Angeles representation, editor Tobias Suhm has officially made his move to the West Coast.

The formerly Berlin-based editor brings well over a decade’s worth of experience to LA, where he looks forward to raising his family as well as the bar on his level of work. “I hope to be able to work with the most talented people in the industry here in the states,” Suhm says. “I figured if I’d want to work on a seriously high, international level, the best place for that would be at the Whitehouse in Los Angeles.”

Throughout his career Suhm has grown his talent working on projects for renowned brands such as Nike, Dollar Shave Club, Gucci and particularly in the automotive sector for the likes of Land Rover, Mercedes-Benz, Chevrolet, Toyota, Lexus, and Volkswagen. Having spent the last few years at Whitehouse Post, the editor has found a venue that not only fosters his creativity but kinship in the process. “Everything at Whitehouse has felt very friendly, almost family-like, from the beginning,” says Suhm, who most recently earned a Webby and Clio for his work on Hornbach. “I think it is very important to be surrounded by people that you ‘click’ with instantly, only then you can thrive and get the most potential out of yourself.”

According to Whitehouse Post director of new business development Joni Williamson, the award-winning editorial company has admired Suhm’s work over the years and gladly welcomes him to Los Angeles. “We knew we needed Tobias on our roster when we saw his epic BMW Manifesto spot,” says Williamson. “Tobias has formed solid relationships from afar which is no easy feat. He is determined, kind, and insanely talented. We are beyond thrilled to welcome him to the Whitehouse gang.”