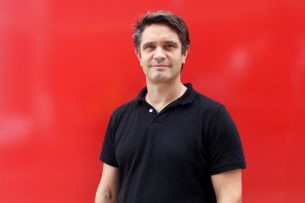 Multi-award-winning Whitehouse Post editor Adam Marshall is making the move across the Atlantic as he joins the editorial company’s New York office after spending well over a decade perfecting his craft in its London hub.

Marshall arrives in NYC on the heels of winning a coveted D&AD Graphite Pencil, Ciclope Silver and Creative Circle Bronze for his editing work for Dunlop’s “Forever Forward” campaign out of Leo Burnett Germany. Marshall, whose work has also been recognised by One Show, Hugo Awards and Cannes Lions Film Craft during his career, most recently collaborated with AMV BBDO for Guinness’s “Alive Inside,” Translation’s youth-focused “Surprise Yourself” campaign for the NFL and Adidas “SNY” with 72andSunny. No stranger to working in the US, Marshall has traveled frequently to edit campaigns including BMW, Audi, Samsung and Lincoln.

“Adam Marshall has become one of the most significant and creative editors working in commercials today,” says Whitehouse Post Partner/ Editor Alaster Jordan. “Adam’s natural sense of rhythm and pace for visuals, combined with his incredible sound and music design skills will be a huge gift to this market. We’re really lucky and excited for him to join us in New York.”