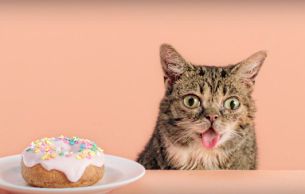 Editorial company Whitehouse Post has teamed up with agency Mother to showcase Target’s stylistic sensibilities through a series of lively, colorful vignettes and pop culture nods in a new campaign focused on the “Vibes” that the retail giant exudes.

Whitehouse Post editor Kate Owen, in collaboration with director Lacey and the Mother creative team, taps into the social age by seamlessly melding images inspired by GIF-like imagery with a deft wink at trends like Barbie and Lil Bub. 'Vibes' tells an overarching tale of Target’s clothing and beauty lines in a campaign filled with stop-frame animation and multi-layered scenes that would usually be viewed in a scrolling feed. Leveraging Lacey’s footage, Owen began by editing each scene traditionally and then went back to recut each one as if it were a social media post complete with speed techniques, loops and skips.

“The process of placing these unlimited combinations of standalone scenes with strong visuals, styles, edits, and actions was really important,” Owen explains. “The edit had to work on visual, emotional, stylistic and humorous levels, but it also had to flow well from scene to scene and feel like a cohesive well-crafted edit.”