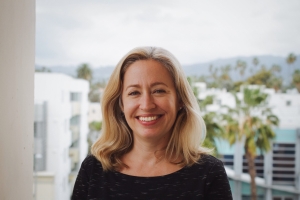 Renowned editorial company Whitehouse Post is pleased to announce the promotion of Kristin Branstetter to Executive Producer of their Chicago office. Branstetter began her career with the company as a Producer in their Chicago office in 2002, before being promoted to Senior Producer in 2006 and then relocating to their Los Angeles office in 2010. Branstetter’s rise within Whitehouse Post is a testament both to her skill and experience as a producer, as well as the company’s ethos of growing their talent from within.

“We are very excited to welcome Kristin back to Chicago,” says Chicago Partner/Editor Matthew Wood. “Kristin’s previous background in our Chicago office and her depth of experience with the company make her uniquely positioned for this role in leading our office.”

Born in Miami, FL, Branstetter first discovered she wanted to be a producer while watching Duran Duran music videos on MTV as a teenager. After graduating from UMKC she began her career as a producer in Kansas City before making the move to Chicago in 2000. One of Branstetter’s career highlights was producing the Budweiser and Bud Light Super Bowl spots out of DDB Chicago. “My family would want to know what spots I produced and we would all be watching together on game day. It was a lot of fun,” says Branstetter.