Which Lions Roared for Central Eastern Europe at Cannes 2018?

Awards and Events 571 Add to collection

From haptic feedback VR to pester-powered pet food campaigns, dig into the winners from CEE 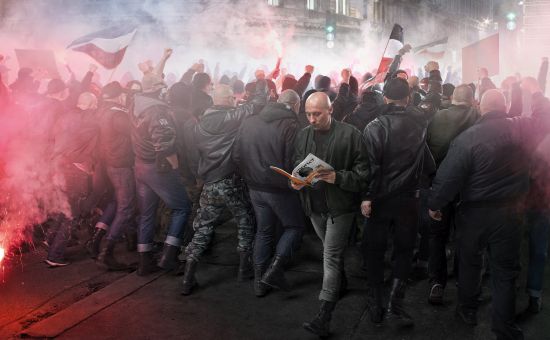 To the Last Tree Standing

The big winner for Poland this year was To the Last Tree Standing. It’s a project that leveraged gaming and Youtubers to engage young people in the illegal logging in one of the country’s ancient, sacred forests. The team recreated the UNESCO status Bialowieza Forest in Minecraft – and there campaign contributed to the country’s environment minister being sacked and the forest saved from loggers. The campaign from Ogilvy Poland took home three Gold Lions (in the Media, Social & Influencer and Entertainment categories), three Silver Lions and seven Bronzes.

Geometry Prague proved that visually impaired people could engage with virtual reality with a smart project that allowed blind people to experience art using haptic feedback gloves. The gloves allowed users to ‘feel’ important artworks in their hands. The project, created with NeuroDigital and the Leontinka Foundation, won a Silver Lion in Digital Craft, and three Bronze Lions.

Y&R Prague created a striking print campaign for Reporter Magazine, that shows a little bit of thought in the middle of war and chaos can make all the difference. The campaign won a clutch of Silver and Bronze Lions in Print & Publishing and Industry Craft.

A moving film for Y&R Prague, aired on Veterans’ Day. It took a Bronze Lion in Film Craft.

Tele2 and Geometry Global Moscow do the seemingly impossible and create a rain-powered router – a splash of hope for those of us with temperamental connections. The project took a Silver in Outdoor and a Bronze in Mobile.

Pedigree pushed the pester power with this smart campaign that educated children about the responsibilities involved in pet ownership – and with the kids certified in the ways of owning a dog, their parents couldn’t say no. The campaign from BBDO Russia, Mediacom and Starcom took a Bronze Lion in Media.

Stylish stuff from McCann Bucharest as they took on cultural appropriation of Romanian Bihor clothing. It’s a campaign that tackled fashionistas and hit headlines around the world – and nabbed a Gold and Silver Lion in PR and a Bronze in Brand Experience and Activation.

Jazz Romania turned single chair into a money maker for a children’s charity, raising cash to build accommodation for the families of hospitalised children. The team recreated a hospital bedside and invited members of the public to occupy the seat for hours at a time, representing the uncomfortable nights spent by parents looking after ill children. The campaign has, to date, raised over a million euro and building is well under way - check out our story on the project here.

Romania's only Burger King is in Bucharest airport - could Publicis Bucharest persuade diehard fans to buy a super cheap ticket to get access to their beloved Whopper? Yes. Yes they could. This campaign won a bronze in direct.

Leo Burnett Bucharest and Telekom Romania wanted to burst millenials out of their content bubbles and break the feedback loop that stops people being exposed to different perspectives and views online. So they created the Vloggers' Swap, whereby the country's most popular Youtubers swapped channels with other Youtubers with wildly different views and audience demographics. The campaign won a Bronze in PR.

Power brand Enel, the Ornithological Society of Romania teamed up with Publicis for a project that mapped stork nests to save them from electrocution. The project won a Silver Lion in Mobile and a Bronze in Health & Wellness and another in Sustainable Development Goals