Held in a hybrid model on December 2nd and 3rd at the new Galleria42 studio, the event reveals the content and judges of the 4th edition 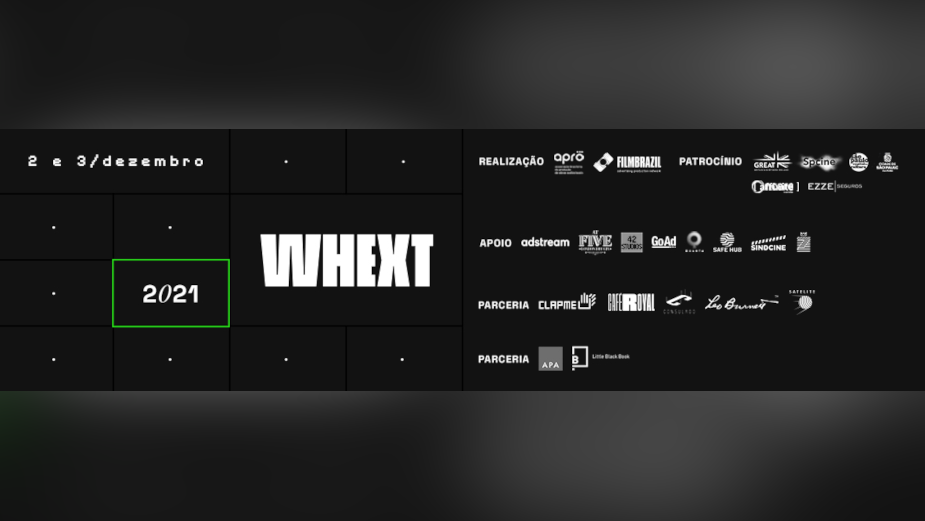 With a campaign developed by Leo Burnett Tailor Made, APRO and FilmBrazil announce the line-up of the 2021 edition of WHEXT. In order to analyse the current scenario, but without failing to bring up the discussion about the future of audio visual advertising production, the festival will take place on December 2nd and 3rd, with online transmission produced by ClapMe. The 4th edition of the event has the support of Spcine - the São Paulo cinema and audio visual company, an initiative of the São Paulo City Hall focused on the development of the cinema, TV, games and new media sectors -, the British Government, APA, Oncare Saúde, Affinité Seguros, Seguradora EZZE, SINDCINE and AT FIve Gin.

For the first day, on December 2nd, WHEXT brings something new: the WHEXT CONNECTION, a business round focused on promoting exchange between Brazil and the United Kingdom, which will have a delegation composed of Brazilian and British companies. “The United Kingdom is a long-time partner of WHEXT. In addition to being an important commercial partner - today it represents 10% of our total export volume, which last year was US$ 27.5 million -, the UK is also an important partner in the technical qualification of our companies and professionals, as it has an audio visual industry that is reference in several areas” says Marianna Souza, president of APRO, executive manager of FilmBrazil and head of WHEXT.

The curatorship developed by APRO had the partnership of Janaina Augustin, Eliza Flores and José Saad Neto (from GoAd). The event is unmissable. Once again, we brought necessary discussions for the moment, such as ESG; Diversity and Inclusion; Entertainment and Games for the production universe, with national and international speakers to discuss about the current scenario and the future of audio visual advertising production. We had a pleasant surprise last year with the reach of our content, surpassing the mark of 15 thousand views. We hope that all participants enjoy it a lot!”, says Marianna.

In addition to the line-up, WHEXT also announces the judges for the 2021 edition of WHEXT AWARDS, as well as the finalists in the direction/executive production/audio production categories.

During October, the associated production companies of APRO and FilmBrazil indicated the professionals who stood out in each of the 9 technical categories.

The finalists in the direction/executive production/audio production categories of this edition are:

The award, under the artistic direction of Georgia Guerra-Peixe (Joca), will take place in person at Galleria42, a space that is part of the studio complex, 42Estudio, will also feature a pocket show by the brazilian singer & songwriter - Tulipa Ruiz - and we will have a themed bar in partnership with AT Five Gin.

Check out the line-up below:

First business round in partnership with APA.