Where to Eat, Sleep and Party in Germany 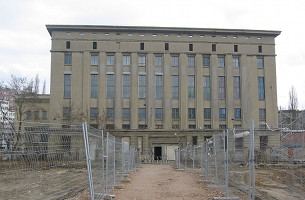 There's much more to Germany than great advertising. Here's a quick of guide of where to eat, sleep and party in the country.

“Sit at the city beach with a Hamburg beer and watch the big ships coming into Hamburg. Rent a 'Bike-Boat' and explore the Alster (lake in the middle of the city) and the canals and bridges – Hamburg has more than Amsterdam or Venice. Visit the club Uebel & Gefährlich, which is located in a real shelter from the World War II.”

Eat at: Restaurant Café Paris for a little slice of France in Germany.

Drink and sleep at: “The super-tiny old-fashioned bar of the Hotel Vier Jahreszeiten.”

And an LBB tip

“The thing with Frankfurt is that it takes a while to dive in. There are more than banks (obviously) and transportation to just get through, in or out of Germany. For starters, there is a pretty great art scene here, museums like the Städel are fantastic spots. Also see if you can visit Basis Frankfurt, two large studio houses hosting local artists - they have frequent exhibitions. Then for the touristy stuff. Make sure you have an ‘’ and ‘Handkäs’ mit Musik’ (Apple Cider and a kind of sour milk cheese served with onions and caraway seeds). Choose a smaller restaurant, not the touristy ones in the old town. Oh and if you stay over the weekend, kick it off at Friedberger Platz and have a wine with the locals.”

Sleep at: Stage 47 - lodged between two theatres in the centre of town, this hotel is themed around the greats of German cinema, so a great place to nerd out.

Dance at: Nachtresidenz - Germany's oldest cinema is now a nightclub and venue - it's where BBDO Germany holds its esteemed Directors Lounge.