Where Does Morning Breath Come From? Chemistry Club Has the Answer 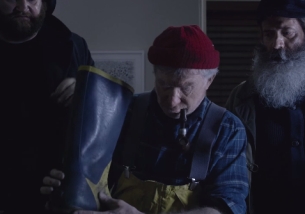 At the core of the campaign are two videos focused on the strange things that happen in the dark—but are no longer a mystery thanks to Piper, which captures/records video that can be streamed to any smart device. “The campaign speaks to these common mysteries that we’ve all experienced but could never explain...until now,” said Chemistry Club’s Creative Director/Partner Scott Aal.

In the first video, “Missing Sock”, a woman folding her laundry realizes that one pair of socks is incomplete. Piper’s night vision technology reveals the reason: a peg-legged pirate who’d broken into her home the previous night and taken a single, glorious sock from the dryer.

A second video, “Morning Breath”, reveals the real reason for this common malady: fishermen just returned from the sea who routinely pop into people’s bedrooms and empty their soggy boots into the mouths of unsuspecting residents.