Where Brands Go Wrong - and Right - with AI

INFLUENCER: 2019 is going to be even bigger for AI than this past year, and UNIT9's Maciej Zasada couldn't be more excited about it 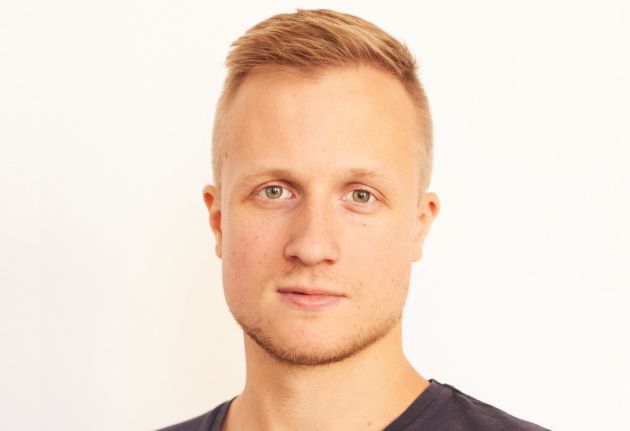 2018 marks the year that advertising tried to get to grips with the enigmatic new world of AI. But for every successful initiative – like Publicis’ Marcel, which uses AI to solve a practical rather than creative problem – there are, unfortunately, many more that are wide off the mark.

The fact that Lexus, for example, used AI to write its latest script whiffs of a PR stunt. It smacks of a desperation to use AI because of the technology’s sexy newcomer status, more than its ability to solve a genuine problem. Not that I want single out Lexus as a lone offender; most brands still have far to go in figuring out how best to capitalise on AI’s immense potential.

At the risk of stating the ‘bleedin’ obvious’, AI is an absolute game-changer, not just for advertising but for sectors across the board. And yet using AI to write a script is possibly one of the least beneficial uses of its ability to ease our lives by taking away the grunt work. It also nods to a dystopian world where Machine Learning becomes a substitute for human creativity, rather than a practical tool that helps us become more creative by releasing us from humdrum tasks.

As someone who’s spent the best part of the year helping brands develop projects that use AI to give consumers a genuine value-add, I know it can be challenging. Not only is there the challenge of making sure AI is being used in a way that aptly capitalises on its pragmatic nature, there are also many logistical hurdles, such as finding enough time and enough data to build something worthwhile.

The type of data that’s already widely available and suited to ‘teaching’ an AI is rarely of use for creative marketing campaigns. And the type of deadlines marketers are used to make it difficult, if not impossible, to develop a working Machine Learning system from scratch. Add to that the fact that brands tend to be so pumped by AI that they often ask their partners to reach further than the technology allows; and you have sure-fire route to failure.

A common mistake in brand world is thinking that an AI can be left to do the entire job on its own. But developing an AI that creates ‘something’ out of ‘nothing’ is incredibly difficult. More often than not, it's better to use AI as part of the process, rather than trying to make it the only component. So instead of training an AI to create an entire piece of music, why not get it to only output the notes? That way, by asking a composer to turn those notes into music, the project can incorporate a human layer.

This has been well understood by Royal Caribbean's SoundSeeker, an initiative created by UNIT9. Instead of trying to compose a new piece of music using machine learning, the AI was trained to understand general mood within both images and music, and propose the best matching soundtrack for the user's unique holiday picture. The AI's task has been limited to something that truly does require machine learning - recognition of emotion; while the general composition has been left to a human composer. The result of this human-machine collaboration, and a generally much more involved process, has been a campaign that went down incredibly well with users because it gave them something more interesting than still photos to share with friends: a true value-add.

But probably the most interesting take on the problem of AI's imperfection when it's left alone to do the entire job has been made by Burger King in their series of faux AI-generated ads. The company understood the limitations of today's AI and mocked it by getting human copywriters to pretend to be AI and create something so wonderfully imperfect, that it became hilariously positive to watch. The campaign included some highly nonsensical phrases or closed-caption style 'BK logo appears' almost as a trademark at the end of each commercial. Add to that a pretty basic computer synthesised voice, and you have a piece that's genuinely fun to watch! It is not only a successful demonstration that you don't need actual AI to write a simple script, but also that if you did, the results may be quite absurd.

Unfortunately, we've seen many more serious AI script writing attempts. Not only has the overall concept has been heavily overused, but the results also keep proving that it's not an area where AI yet excels. A case in point is Toyota Mirai’s campaign where they spent four months training an AI to use a farm of IBM's supercomputers to generate slogans that show ways of saying 'yes' to their environmentally-safe hydrogen powered car. The actual results are, amongst others, 'Yes, it looks cosmic', or 'Yes, the future is available now'. Not only it is the result highly unimpressive, but it could simply be way better done with a few days worth of a copywriter's work. And if the idea was to 'get the AI to advertise for a better future', the way it's been done contradicts the company's environmentally friendly priorities by letting a computer farm drain electricity for four months for close to nothing.

In general, 2018 has seen many highs and lows of brand AI use, with script writing being something so overused and under-delivering, that it has pretty much cast a shadow on what the true value of artificial intelligence actually is. Trying to understand the user as no traditional software can, by analysing their emotional state to better fit a response, is the approach that proved most successful. In such cases, it’s understandable if the AI makes a mistake, while it is truly astonishing when it gets it right. And if implemented properly, it does get it right most of the time.

This leads me to think that 2019 will bring much more user-AI interaction, where the two entities will meet and communicate, or even collaborate to achieve a mutual goal. It will be less of letting the AI work alone and potentially fail, and instead more about learning live from humans while being their helper on the way. Chat bots, which debuted not long ago, will probably get better to a point where they find application as part of multiple different social campaigns.

Another area of AI that gets hot is reinforcement learning, where the machine is learning by its own mistakes and successes while performing a certain activity. This is how the AIs that can play games are learning - by simply playing the game, the same as humans do!

However, the approach can be generalised to multiple other applications, including learning to make strategic decisions or operate physical tools during interactive installation shows.

Finally, combining AI with other innovations like augmented reality is getting its deserved hype. So we will probably start seeing more synergic projects where the two coexist. What is for sure though, is that 2019 is going to be even bigger for AI than this past year, and I couldn't be more excited about it!